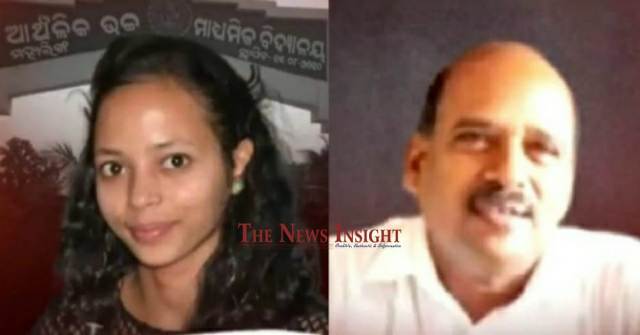 Insight Bureau:  While there is no trace of Mamita Meher, the principal of Sunshine Public School in Mahaling village in Kalahandi district, who had gone missing 11 days ago, Govinda Sahu, President of the school managing committee, who was detained in connection with his role in the case, escaped from the custody of Titlagarh Police on Monday.

Based on the complaint lodged by her family, Govinda Sahu was detained on Sunday night for questioning in connection with the missing case of Mamita Meher but fleed out of Titlagarh police station.

Three police personnel who were guarding Sahu at the barrack have been suspended. Titlagarh Police has installed checking points at several places to nab Sahu.

The opposition parties have demanded sacking of Odisha Minister Captain Dibya Shankar Mishra over his alleged links with Govind Sahu, accusing him of protecting the accused.