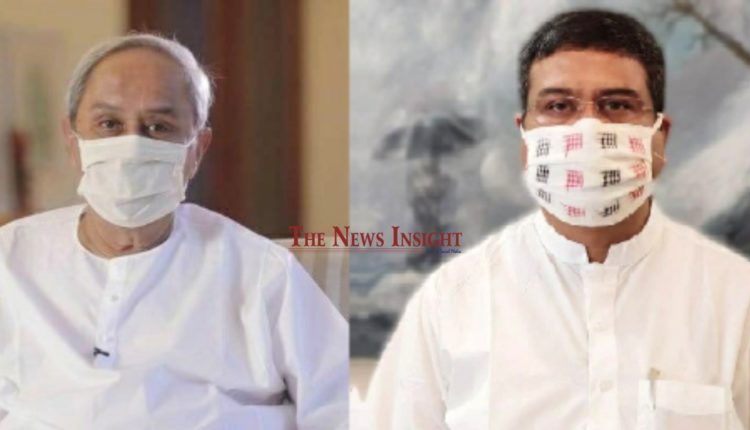 TNI Bureau: The critics may just talk about the delay and question why it was not done earlier. But, if we dig deeper, it was a meticulously planned ‘Cultural Push’ by CM Naveen Patnaik & his Team to counter Union Minister Dharmendra Pradhan who has been working in the same domain these days.

Along with his own work in the arena of Petroleum and Steel, Dharmendra has been working on an image makeover plan without criticising the Government on any issue and sticking to development agenda although his party members led by Dr. Sambit Patra have waged a war against the ruling BJD and CM Naveen Patnaik on various issues. There is little doubt that all strategic moves of Odisha BJP have complete approval and consent of Dharmendra Pradhan, who has absolute control over the party in Odisha.

By demanding Classical Status for Odissi Music, sanctioning Rs 11 crore for development of Utkalamani Gopabandhu’s birthplace Suando and announcing a steep hike in prize money of Cultural and Literary Awards, Naveen has sought to woo the people of Odisha for whom culture, literature and tourism have been an emotive issue.

At the same time, he sought to calm down the passions that may arise due to the allegations of irregularities on Puri Heritage Corridor and Bagala Dharmashala land sale issues.

It’s true that both Naveen Patnaik and Dharmendra Pradhan share a good rapport and have complimented each other on various development projects. But, the bonhomie may not last long, with BJP keeping its sight on West Bengal and Odisha as part of its ‘Mission East’ project. And, both leaders and their teams know that when it comes to Odisha, not religious or caste factors, but only cultural issues will rule the roost.