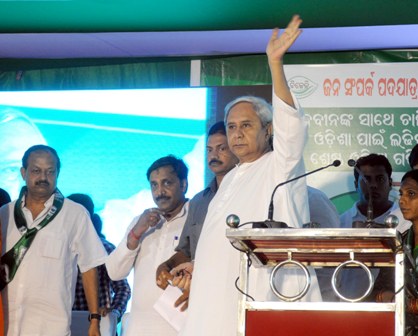 TNI Bureau: CM Naveen Patnaik acted in a hurry to announce a mega drought package for the farmers who suffered huge losses in recent months.

While Rs.1,000 crore will be spent to mitigate the drought situation in the state, farmers affected by drought in the Kharif season will be provided fresh financial assistance for Rabi cultivation during the current Rabi season.

In addition, 40,000 pump sets will be provided through Odisha Agro-Industries Corporation with 50% subsidy limited to Rs 15,000 to the farmers.