This took place after Russia accused Ukraine of orchestrating a powerful blast that damaged a key bridge linking Russia and Crimea. 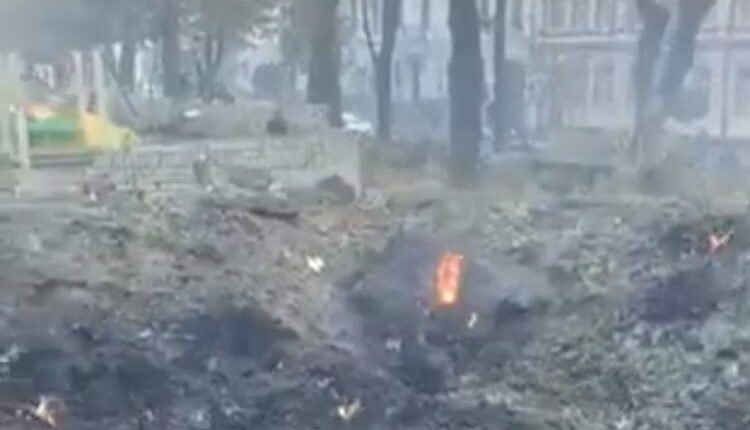 TNI Bureau: Several thrilling explosions rocked the Ukrainian capital Kyiv and the cities of Lviv, Ternopil and Dnipro on Monday. This took place after Russia accused Ukraine of orchestrating a powerful blast that damaged a key bridge linking Russia and Crimea.

Ukrainian public broadcaster Suspilne quoted emergency services as saying there were dead and wounded in Kyiv but gave no further details of casualties.

Explosions were also reported in Lviv, Ternopil and Zhytomyr in Ukraine’s west, and in Dnipro in central Ukraine.

WATCH: Ukrainian girl was filming in Kyiv when a Russian missile hit across the street pic.twitter.com/5V9sLEFNu9

Russia abandoned an early advance on Kyiv in the face of fierce resistance bolstered by Western arms.

Since then Moscow and its proxies have focused on the south and Donbas, an eastern territory made up of Luhansk and its neighbour Donetsk, deploying overwhelming artillery in some of the heaviest ground fighting in Europe since World War Two.

Babiya – The Vegetarian Crocodile who lived for 75 Years