Know Who can donate Plasma for Covid-19 Treatment 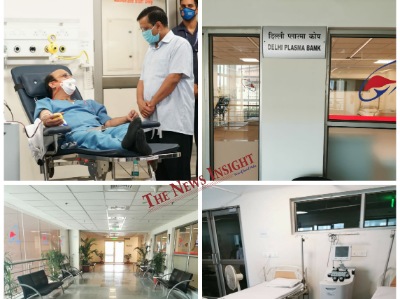 TNI Bureau: ‘Plasma Therapy’ for COVID-19 treatment, was first reported from Delhi when a group of recovered Tablighi Jamaat members donated their plasma. The Delhi Government under CM Arvind Kejriwal later decided to set up India’s first Plasma Bank in the National Capital.

Kejriwal has taken the lead to urge people to donate plasma through various ad appeals and social media platforms. Delhi will soon get its second Plasma Bank.

West Bengal was the second state to set up a Plasma Bank in Kolkata. Maharashtra Government opened a Plasma Therapy Trial Centre in Nagpur. Haryana and Odisha are in the process of setting up Plasma Banks in their respective states. Many others are expected to follow suit.

With ‘Plasma Therapy’ being the buzzword in COVID Treatment, let’s know more about it.

👉 In Plasma Therapy, the antibody rich plasma is extracted from a COVID-19 recovered patient and administered to a patient infected with the virus.

👉 Those, who had COVID-19, but have recovered at least 14-21 days prior to the donation, are considered to donate plasma.

👉 People in the age group of 18-60, and weighing more than 50 kg are eligible to donate their plasma.

👉 Women who have given birth or are/were pregnant, are not eligible to donate plasma.

👉 People with co-morbidities such as diabetes, chronic kidney/heart/lung/liver disease, hypertension and cancer, are not eligible to donate their plasma.