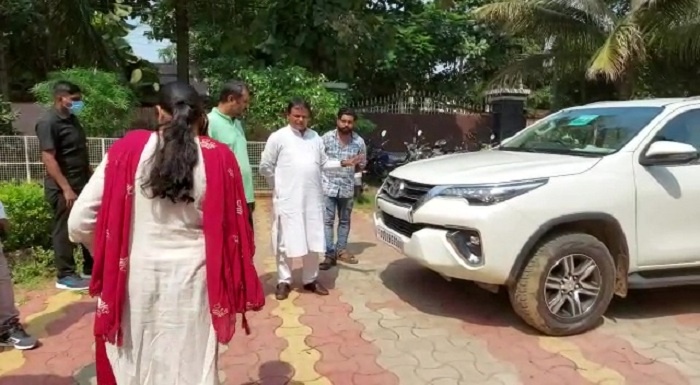 Insight Bureau: Crude bombs were hurled at Kendujhar MLA Mohan Majhi’s car while he was returning from a meeting. Mohan Majhi escaped unhurt.

As per the reports, two motorcycle-borne miscreants hurled two bombs on the vehicle of Majhi, who was returning after attending a public meeting. The bombing took place near Mandua.

The front panel of the MLA’s car has been partly damaged in the bombing incident. A complaint in connection has been lodged at Keonjhar Town Police station.

Although the driver of his car chased the miscreants to some distance, they managed to escape from the spot.