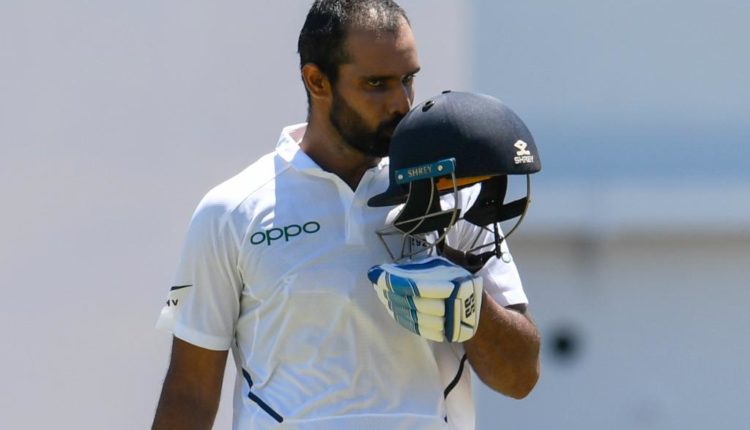 TNI Bureau: It was a great day for Team India yesterday, as their batsmen and bowlers had a field day to put the West Indies on mat. The Carribbeans stare at yet another humiliating defeat.

Hanuma Vihari scored his maiden Test hundred, as India posted 416 in the first innings. Ishant Sharna hit his first Test Fifty. He made 57. Kohli (76) and Mayank Agarwal (55) were the other top contributors. Holder took 5 wickets while Cornwall took 3 wickets.

Jasprit Bumrah wreaked havoc in the West Indies innings by taking a hat-trick. He became the 3rd Indian player to take a hat-trick in Tests after Harbhajan Singh & Irfan Pathan.

West Indies finished Day 2 at 87/7. Bumrah has claimed 6 wickets so far. India may enforce follow-on as West Indies are unlikely to revive from here.