Ravinder Pal Singh and MK Kaushik die due to Covid 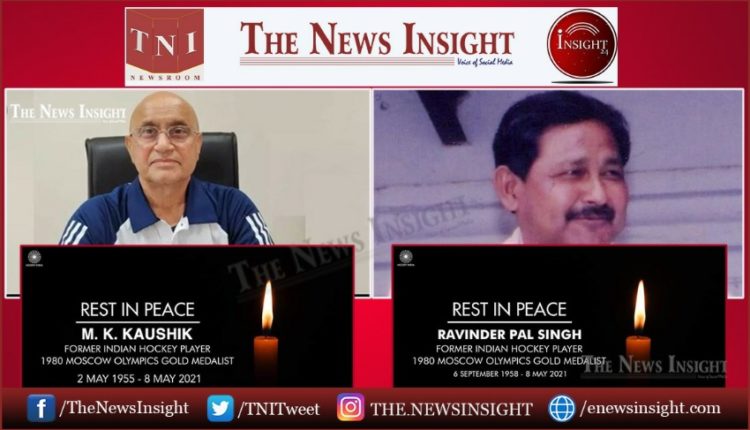 TNI Bureau: Two hockey legends of India- Ravinder Pal Singh and Maharaj Krishan Kaushik passed away yesterday, after battling COVID-19 for over two weeks. Both of them were the members of the gold medal winning team of India at 1980 Moscow Summer Olympics.

Singh had tested positive on April 24 and was admitted at the Vivekananda hospital, Lucknow. He had recovered from the virus and was shifted to non-COVID ICU after testing negative. But, on Friday his condition suddenly deteriorated and he was put on ventilator. He passed away on Saturday morning. Ravinder Pal Singh was 60.

Singh was born on September 6, 1960 at Sitapur in Lucknow. He had also played at the 1984 Los Angeles Olympics and 1979 Junior World Cup. He was employed with the State Bank of India and had taken voluntary retirement. He was unmarried and survived by a niece, Pragya Yadav.

Former Indian Hockey player and coach, MK Kaushik had tested positive for COVID-19 on April 17 and was admitted to a nursing home at New Delhi. He died on Saturday evening after battling for past three weeks. He was 66 and is survived by his son and wife.

Kaushik was also a member of 1980 Moscow Olympics gold-medal winning team. Under his coaching, India Men’s team won a gold medal at the 1998 Asian Games in Bangkok and Indian women team had also won bronze medal at the Doha Asian Games in 2006. He was awarded with Arjuna award in 1998 and Dronacharya award in 2002.

Hockey fraternity of India mourned the death of these veteran players.