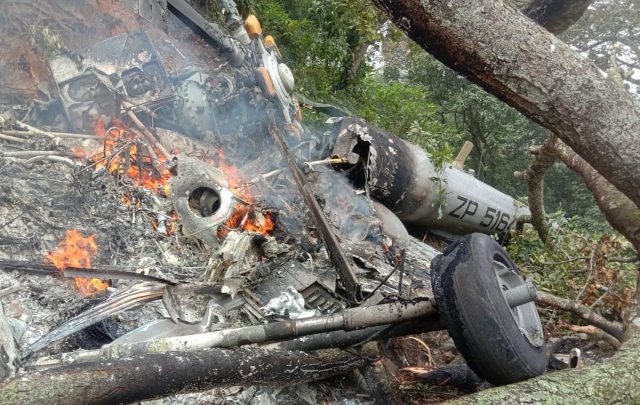 A total of 14 people including Chief of Defence Staff Gen Bipin Rawat, his wife, Defence Assistant, security commandos and IAF pilots CDS Bipin Rawat, his staff, and some family members were on board in the Mi-series chopper that crashed between Coimbatore and Sulur.

Reports suggested that five bodies have been recovered from the chopper crash site.

An Inquiry has been ordered to ascertain the cause of the accident. Search and rescue operations launched from nearby bases.