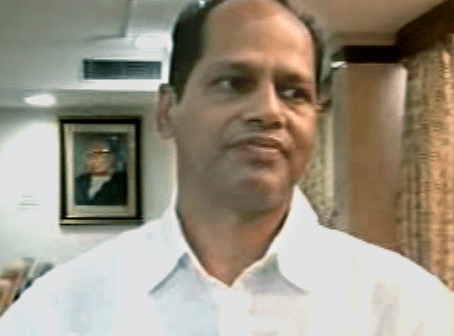 TNI Bureau: Although the Opposition parties in Odisha focus more on Arun Sahoo and show some leniency towards Pradeep Panigrahi for mysterious reasons, the Gopalpur MLA cannot escape by passing the buck to others.

Pradeep Panigrahi, under fire for standing with the tainted IFS officer Abhay Kant Pathak and his son Akash Pathak despite strong evidences of wrongdoings against them, has become desperate and keeps levelling allegations against others instead of trying to come clean.

When the Tata Motors has made it clear that Akash was never associated with them officially and filed a fraud case against him, Pradeep Panigrahi and his wife refuse to relent. They still call him the MD of Tata Motors, making a mockery of themselves.

To defend themselves, the Panigrahi family have been claiming that others too boarded the chartered flights of Pathaks. Well, chartered flights are for emergency travel and nobody raised questions on that. If you can afford, you can travel by any medium. However, the money you spent, should be from a valid source of income. If there is any discrepancies, let the investigating agencies probe. Let the law take its own course.

Pradeep Panigrahi must not forget that as a Lawmaker, he represents the people and swears by the Constitution. Others may have boarded the chartered flight of Pathaks during Corona Pandemic due to ignorance. But, Panigrahi probably knew what were his would-be relatives up to. And, he still stands by them despite knowing the truth whereas others don’t.

Pradeep Panigrahi is to be blamed for patronising the “culprits” and misleading others whether he intends to so or not. Surprising, the Panigrahi family is still batting for these tainted father-son duo.

Some media houses may go soft on Pradeep Panigrahi as long as he spews venom against the ruling party and its leaders. But, things would change as the investigation progresses. If Panigrahi is exposed further and lands in jail, it would be for the courts to decide his fate based on the evidences.