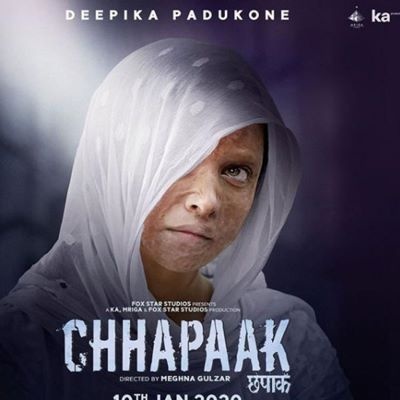 TNI Bureau: A viral message with the claim that the acid attacker Naeem Khan’s name has been changed to ‘Rajesh’ – a Hindu name in Deepika Padukone-starrer ‘Chhapaak’ has been doing the round on social media.

Not just IT Cell staff or supporters, but also top politicians too fell for this malicious propaganda, aimed at giving a religious angle to the movie while calling for its boycott. The move was linked to Deepika Padukone’s visit to JNU last night where she stood by the students who were attacked by the masked goons.

However, independent reviewers as well as top media houses such as Times Now and Outlook have confirmed that although all characters in the movie have different names, there has been no manipulation to their religious identities.

Shocking (or maybe not) that such demonstrable misinformation is carried. I watched the screening last night & can tell you with certainty the religion of attacker has not changed. Film has remained accurate to the case. Opinidia ko bachane ke chakkar mein khud Opindia ban gaye.. https://t.co/Jxc0ZCEDzJ

#Breaking | Major controversy over Chhapaak. After Hindu groups slam director @meghnagulzar, the reviewers hit back at the 'troll army' by denying that the acid thrower has a Hindu name.

The protagonist Laxmi Agarwal has been renamed as Malti in the movie ‘Chhapaak’, while her attacker Naeem Khan has become ‘Bashir Khan’ alias ‘Babboo’. ‘Rajesh’ is the name of Malti’s boyfriend.

While the movie is not released yet, people have fallen prey to the propaganda without verifying the truth or even asking the fake news peddlers for evidences.