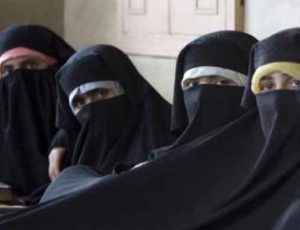 Satyabadi Mahakur: Just do the vote bank politics.never bring the change in the society. Everything for power.

Debasish Mishra: Not only triple talaaq, Congress will not try to solve any controversial issue.

Suvendu Mohapatra: As known to everyone and Cristal crear to everyone Women’s respect go to hell , Congress and it’s ideology -The only objective encase vote from the minority communities and the poor ,For that from last 60 years they have been playing the slogan of pro poor , pro minorities only at the time of election on head.

Suchintan Rout: Only vote bank politics, they have done nothing for Muslim since independence but show off.

Fact Check: No Decision taken to keep Schools shut till…

Nanda KIshore Choudhury: Congress is the only party which does not take any call to end any controversial issues.

Arpan Datta: It would backfire.

Sambit Nanda: It’s bare vote bank politics. Even a major portion of Muslim Women voters may refrain from voting for Congress next time. I am astonished who is making the calculations for Rahul Gandhi !

Dr. Sanat Kumar Mohanty: Congress has created many cancers for the country, shouldn’t be allowed to do again and more. Had it been some other country, congress leaders would have been digged out from their grave and thrown into the ocean.

Ranjan Kumar: Law should be one, religion should be a barrier.