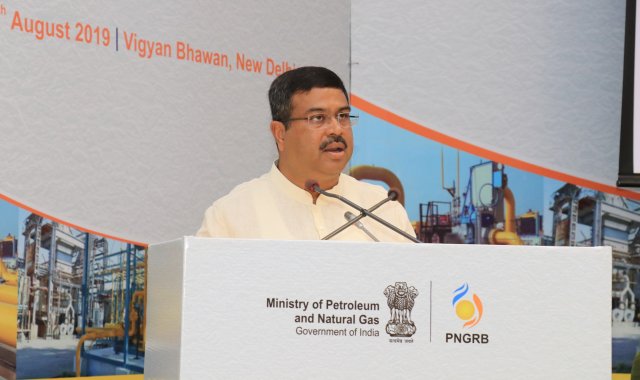 TNI Bureau: Minister of Petroleum and Natural Gas & Steel Dharmendra Pradhan has launched the commencement of work for 10th City Gas Distribution (CGD) bidding round at New Delhi on Monday.

After the 9th and 10th CGD Bidding, CGD pipeline network is being extended to 1.74 Lakh Km which will cover 50 Geographical Areas (GAs) in 124 districts.

The Prime Minister Narendra Modi had launched the 10th CGD bidding Round on 22 November 2018.