A gold-coloured chariot like structure , was spotted at Sunnapalli coast in Srikulam district of Andhra Pradesh 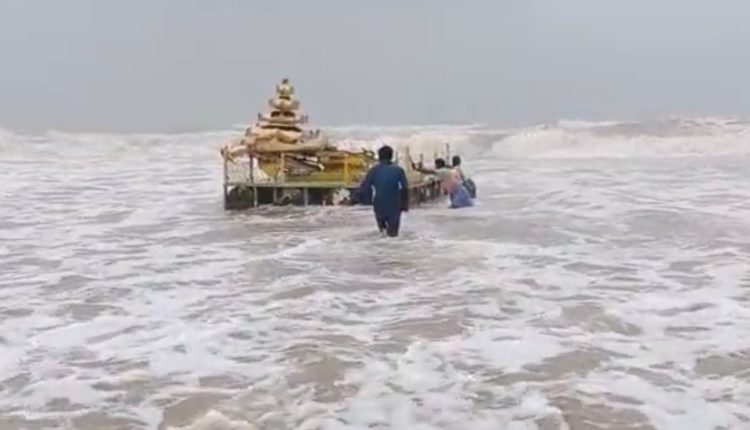 Insight Bureau: A gold-coloured chariot like structure , was spotted at Sunnapalli coast in Srikulam district of Andhra Pradesh. The villagers brought the structure to the shore by tying ropes to it. The chariot has a resemblance to the shape of a monastery from the southeast Asian countries.

The chariot is suspected to have strayed into AP coast because of the impact of cyclone Asani. According to Local seamen, the chariot may have been washed to the coast due to the high tidal waves caused by the effect of the cyclone. A large number of people from neighboring villages rushed to the shore to get a glimpse of the golden chariot.

According to tehsildar J Chalamayya, the chariot was used for some movie shooting somewhere on the Indian coast and due to the high tidal activity may have brought it to Srikakulam shore.