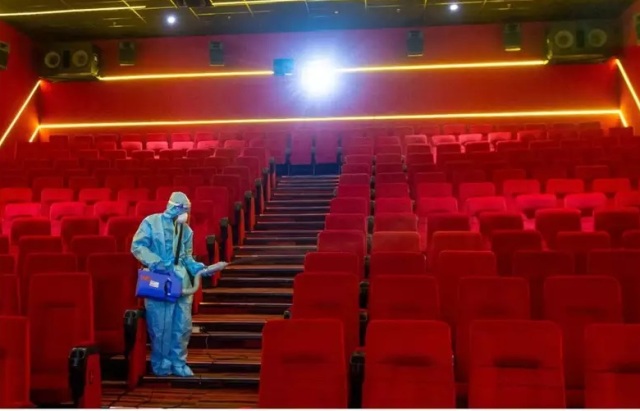 TNI Bureau:  In a major relief to the cinema industry, the Central Government has lifted the 50% seating capacity in cinema halls with effect from February 1.

The Ministry of Information and Broadcasting has released new Standard Operating Procedures (SOPs) mentioning that the theatres/cinema halls/multiplexes across the country is permitted to run with 100% occupancy from February 1.

The SOPs issued include general guidelines on public health measures including seating arrangements, physical distancing norms and many more.

While speaking to press meet Javadekar confirmed that Films & serials released on OTT platforms & digital newspapers don’t come under purview of Press Council Act, Cable Television Networks (Regulation) Act or Censor Board. Fresh guidelines will be issued soon to regulate them, he added. 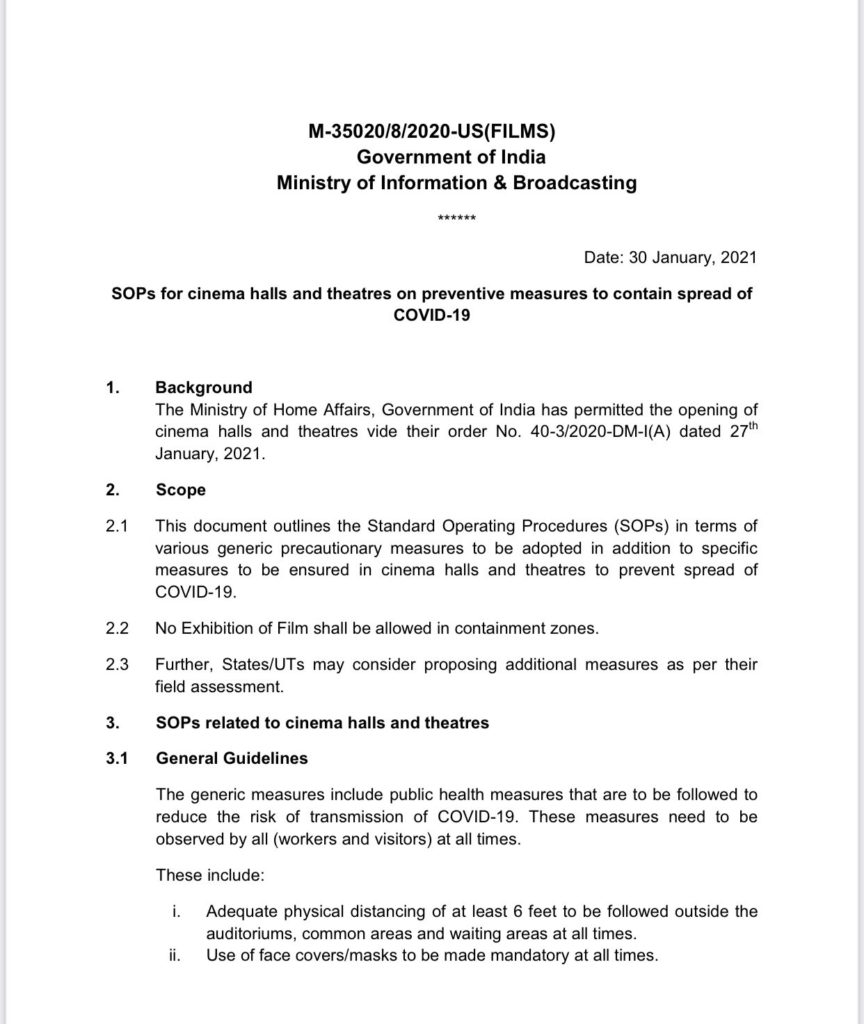 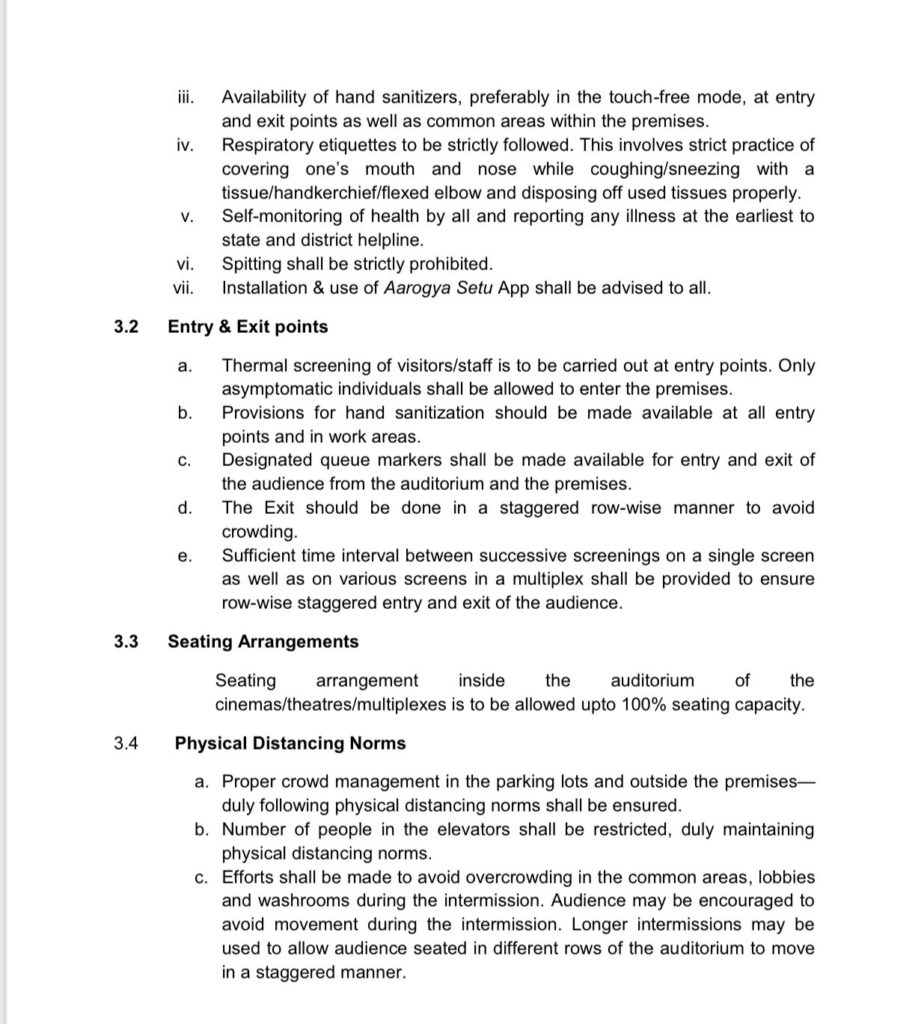 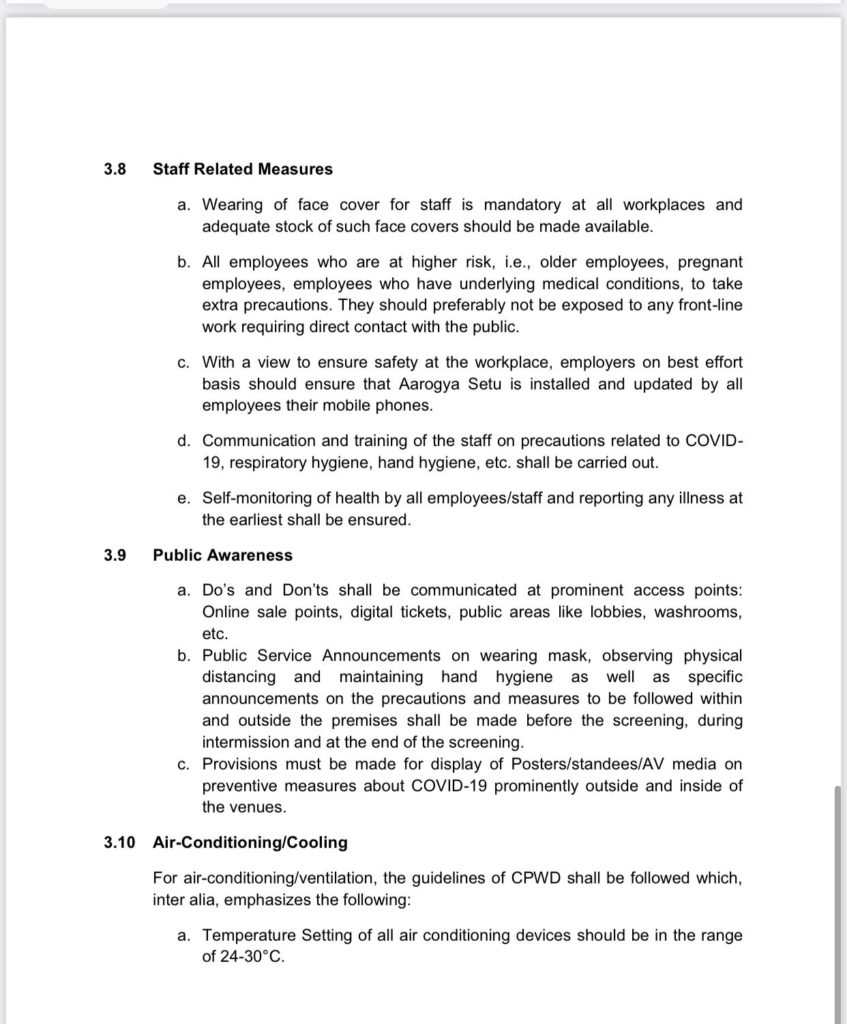