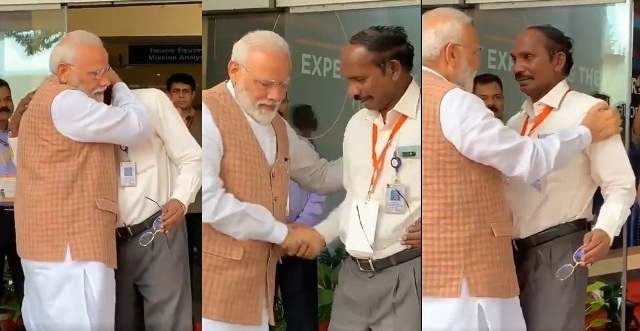 TNI Bureau: After a 47-day journey,  Isro lost touch with the Vikram lander just 2km  before it was to land near the south pole of the Moon.

Isro chairman K Sivan said the initial path was normal but communication with Vikram was lost at 2.1km from the lunar surface and data was being analysed.

Chandrayaan-2 orbiter is healthy and safe in the Lunar orbit, an ISRO official said after the Vikram lander lost contact with ground stations.

Although Vikram Lander could not land, the Orbiter will revolve around the Moon for one year & continue to send pics as we lost only 5% of Mission Chandrayaan-2.

As the heartbreaking moment left Isro scientists visibly distraught, Prime Minister Narendra Modi, who witnessed the attempted landing from the mission control room, spoke to the Isro team and praised them for their commendable job.

PM Modi encouraged them to keep fighting. Nation stands with ISRO. “India is with you”, said the PM.

“I can proudly say that the effort was worth it and so was the journey. The learnings from today will make us stronger and better. There will be a new dawn and a brighter tomorrow very soon, Modi said while boost the morale of the scientists after the Chandrayaan heartbreak,

This Video of PM Narendra Modi consoling ISRO Chairperson K Sivan, will go down in History as one of the most emotional, yet morale boosting ones.

#WATCH PM Narendra Modi: We will rise to the occasion and reach even newer heights of success. To our scientists I want to say- India is with you. You are exceptional professionals who have made an incredible contribution to national progress. #Chandrayaan2 pic.twitter.com/0378MUcHuv

BJD goes aggressive to spread awareness on Transformation of Puri