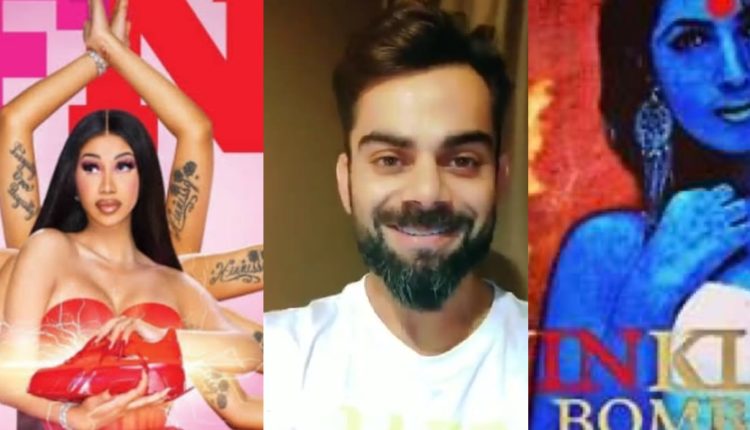 Trolling of Celebrities over Social Media is becoming a trend nowadays. Social Media without a doubt is a very powerful platform where people can easily express themselves.

These days it is not very difficult for people to reach out to their favorite celebrities. It also provides a chance for celebrities to engage with their fans personally.

While sharing their personal life and engaging with fans is a good thing, it also benefits the celebrities in promoting their onscreen performance. It also has a negative side and that is Trolling.

The last few days have been very difficult for Bollywood Celebrities as the fans were on a spree of boycotting their movies. With the mysterious Death of Sushant Singh Rajput and the Drugs probe going on, fans have shown their discontentment towards Bollywood people and nepotism in this industry very clearly.

Recently Alia Bhatt, Sanjay Dutt, and Aditya Roy Kapur starrer Sadak 2 got released on OTT platforms. And fans have disliked the trailers and songs of the movie ruthlessly without even watching the videos. People have also made their intentions very clear with the trends of Boycotting the Film on Twitter.

People were already very upset with the Bollywood Industry and this incident made them even more disturbed. Several times people made Boycott trends of the movie on Twitter. And this storm didn’t just stop there, it even made the actor turn off the likes dislikes count on the trailers and songs of the movie too.

Not just Akshay Kumar, but his wife also got trolled by people. She herself shared a picture made by a troll in which her picture can be seen with her being called “Twinkle Bomb”.

In India, cricketers always receive much more love and respect than other celebrities as they represent India all over the world. But, Virat Kohli had a bad experience recently when he shared a video on his social media platforms wishing his fans on Diwali.

In the video, he asked his fans to not burst crackers this Diwali. The advice didn’t go well with the fans because the recent Birthday video of the Cricketer included huge fireworks. Thus, Kohli drew huge backlash all over social media.

The trolling was so intense that the IPL team with which the cricketer is associated had to clarify on their social media. Along with Diwali Greetings, they tweeted that the visuals of fireworks were from an UAE Event.

Some days back the famous musician Cardi-B posed like Goddess Durga for a magazine cover. She was also seen holding the shoes in her hand wearing a western off-shoulder dress which offended many Indians.

As soon as this cover went viral, the rapper faced a huge backlash from the Indian audience. Some trolled her over her dress and some got offended as she was carrying the shoes in her hands while posing.

Later Cardi B apologized to her fans through her Instagram in India for offending the religion and culture saying that it was not her intention to disrespect the Goddess. She also said that she wanted to represent strength, femininity, and liberalization.

All these celebrities for some reason or the other got seriously trolled on social media over the past few weeks. Some of them offered clarifications while the others simply apologized.