Bhubaneswar Molestation Case: How Cops hunt down the Accused 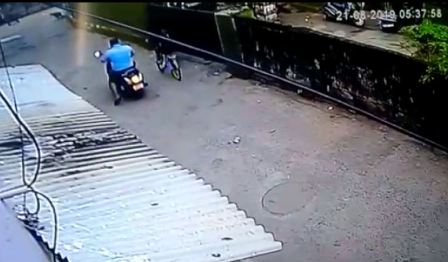 TNI Bureau: The latest molestation case in Laxmisagar area of Bhubaneswar, has reminded us of a similar incident in Hyderabad in July 2019 where a B. Tech graduate was nabbed by Special Operation Team for groping a 19-year-old girl. The Cops in Bhubaneswar had to plan the operation in a meticulous manner to nab the accused who had escaped after stalking and molesting a minor girl on August 21.

It all began when the girl was going to attend her tuition at around 5:30 AM on her cycle in Chintamaniswar, Sabar Sahi lane in Laxmisagar. The middle-aged man, riding on a scooter, not only started stalking, but also went closer and molested her. As the street was empty, he dared to indulge in such heinous act and then escape.

The girl’s family stood by her and decided to take up the matter. The Commissionerate Police took the issue very seriously and lodged a case under IPC Section 8 POCSO Act. A special team was formed to investigate the matter, which examined into all possible angles. The victim could recall the Honda Activa vehicle, but not the exact number. Fortunately, the CCTV footage from a nearby place provided vital clue in this case.

Home Delivery of Liquor in Odisha: Know List of Shops,…

The Cops could establish the fact that the accused entered Sabara Sahi lane from Rasulgarh side and escaped through the same road to Kalpana Square. The victim’s testimony about the vehicle was very crucial. Based on her inputs, the team zeroed on the Honda Activa with the numbers OD 02 8457 or 8475. The team had a tough time, verifying the vehicles of all owners with similar numbers and it was not an easy task.

It took some time, but the Cops finally identified one person Dipak Kumar Sahu (28) of Shanti Palli, Gouda Sahi, whose photographs (they searched on social media), matched the person found in CCTV footage. A massive manhunt was launched to locate him and he was finally arrested from a Hotel in Khurda last evening (August 30). He was in hiding there since August 28. Dipak, who hailed from Athagarh, was staying in Bhubaneswar.

The Cops may seek custody of the accused to recover the Honda Activa used in the crime and then ascertain all details related to this case. While questions were raised on the Cops for the delay in nabbing the accused, a close look at the investigation process, may verify that the operation was planned and executed in a perfect manner not to give any escaping route to the accused and give justice to the victim.

The incident should serve as an eye-opener for all those people who try to take advantage of the young girls commuting on the street. They just can’t get away with the crime against girls/women. Law would take its own course and get hold of them in due course of time.

Domestic Flight Operations to resume from May 25