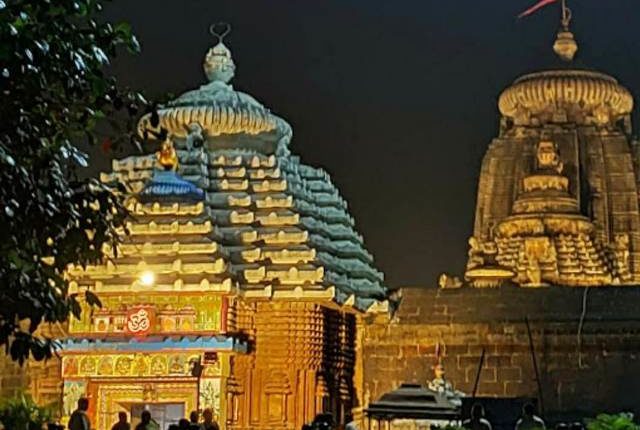 TNI Bureau:  While the NMA Draft Heritage Bye-laws have been withdrawn for Puri Srimandir under pressure from the ruling BJD led by CM Naveen Patnaik, Odisha BJP leaders had also extended unconditional support to the cause.

However, the Draft Heritage Bye-laws for Lingaraj Temple and Ananta Basudeva Temple, remain in place, which may hinder the Ekamra Kshetra development project.

Interestingly, Chief Minister Naveen Patnaik who was vocal about Puri Srimandir and even visited the Temple and asked the Centre to withdraw the bye-laws, maintained a stoic silence over Ekamra Kshetra issue. He may intervene soon, it’s believed.

The BJD has now decided to put the ball in Bhubaneswar MP Aparajita Sarangi’s court. Aparajita, who has been very critical of BJD Government and touring all over Odisha to make her presence felt, has not even commented on the issue.

Aparajita has taken a completely different stand from Odisha BJP.  She was missing in action when BJP Delegation met Union Culture Minister Prahlad Singh Patel, requesting him to put the controversial bye-laws on HOLD.

“Where is Aparajita Sarangi? Why she has gone missing when Bhubaneswar needs her” – Social Media is full of such messages. Pressure is buildimg on Aparajita Sarangi to respond and act in the capacity of Bhubaneswar MP when the matter is related to Lord Lingaraj Temple.

Why is she silent over the matter of Ekamra Kshetra?

By-laws should be withdrawn from Lingaraj Temple, Brahmeshwar Temple and Ananta Basudev Temple.

As MP of Bhubaneswar she must vocal for this.

Raise your voice in Parliament against the By-laws. #AparajitaMissing pic.twitter.com/tBuWAjhYZc