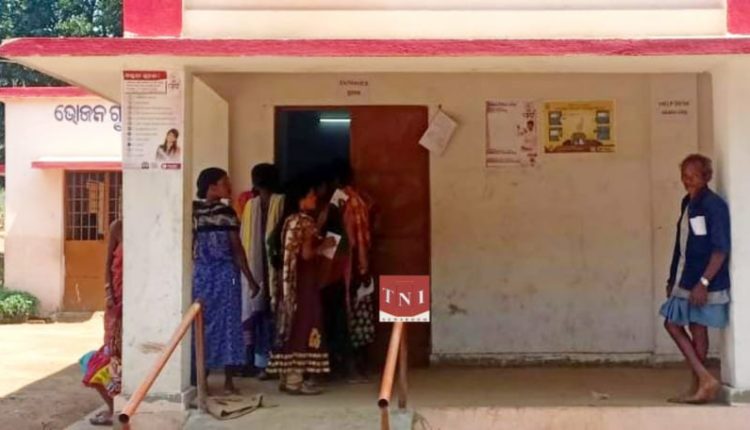 TNI Bureau:  In a big embarassment to Odisha Government and its lackluster leadership, the Andhra Pradesh Government defied the public outrage and forcibly conducted panchayat polls in border areas of the State, including Kotia in Koraput District.

Many people lined up to vote in several villages in Kotia Gram Panchayat. The officials of Odisha Government failed to stop them. Andhra Pradesh Govt officials were present at the spot and ensured smooth conduct of the polls.

Similar incidents were reported from border areas in Ganjam and Gajapati districts too. In Gajapati, the Andhra Pradesh Police stopped journalists from Odisha and manhandled them.

Unfortunately, people in Kotia are not impressed with the Odisha Government. They claim of getting benefits from Andhra Pradesh Government for the last 20 years and did not hesitate to show their loyalty to Andhra. Lack of development in Border areas forced the residents towards Andhra Pradesh, which has lured them with freebies.

Earlier, a BJP Delegation comprising of State Unit President Samir Mohanty, State Vice President Bhrugu Baxipatra, LOP Pradipta Naik and others visited the border areas and tried to dissuade people from taking part in polling. They also held discussions with both Odisha and AP officials. However, that did not help.

“Shame on BJD govt! It is CM’s incompetence that has become Odisha’s biggest weakness. It is time to rise and act swiftly. I urge @Naveen_Odisha to show some guts and stand up against these advances of the AP govt”, he tweeted.