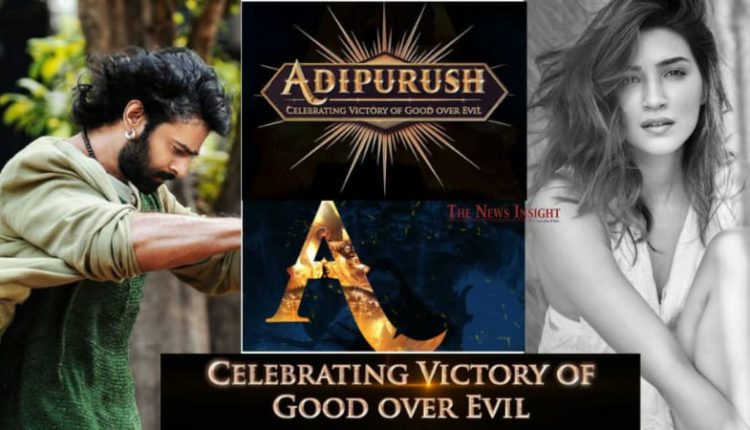 Bahubali fame Actor Prabhas will soon be appearing in a big-budget stellar Bollywood Movie. The movie will be directed by the Tanhaji fame Director, Om Raut who is also a co-producer of the movie alongside T-Series. Since Bhahubali, Prabhas has earned huge name and fame and have bagged big Megastar Films in Bollywood and Adipurush is now one of them.

In the movie, Actor Prabhas will be seen playing Lord Ram. Saif Ali Khan has also been confirmed for the role of Lankesh Ravana in the movie. For the role of Sita, there were a lot of speculations for a very long time, and a lot of big names were being involved.

Just like the huge budget of the 3D Drama Film, the Star cast of the film is equally massive. The Epic Drama film is expected to hit the Theatres in the year 2022. T-Series have already announced the film with a short video on YouTube.

According to the announcement video, the movie is the celebration of good over evil and is expected to be based on the story of Ramayana. Though the lead cast is finalized some more big names are expected to soon get on board. The movie will be released in 5 different languages including Hindi, Telugu, Kannada, Tamil, and Malayalam.

If rumors are to be believed, the movie is expected to be epic. The whole star cast of Adipurush and the Director are known for their work and characters.

Both the Lead Actors, Prabhas and Kriti have many upcoming projects up their sleeves. Prabhas was last seen in the movie Saaho. We can soon expect some big back to back projects including Radhe Shyam and a film alongside Deepika.

Kriti is also shooting for the Movie Hum Do Hamare Do, co-starring Rajkummar Rao. Later she has some projects with Actors like Akshay Kumar and Varun Dhawan.

Looks like both the actors have a pretty packed schedule. They have lots of projects lined up before they start working together in the Action Drama Adipurush. But the fans are very much excited about the mammoth action drama since its announcement.