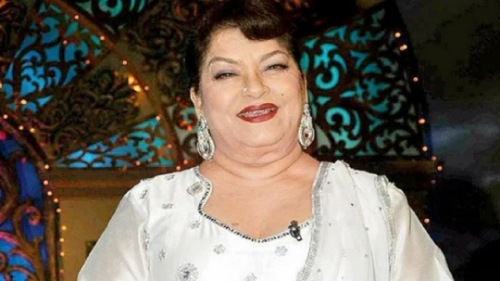 TNI Bureau: Renowned Bollywood Choreographer Saroj Khan breathed last at the age of 71. He was admitted to Guru Nanak Hospital hospital in Mumbai on June 20 after complaining of breathing issues.

She died due to a cardiac arrest. Her last rites will be performed at Malvani in Malad, Mumbai today.

Saroj Khan, the three-time National Award winner, had choreographed more than 2,000 songs. She had shot into fame in the 1980s with some popular songs such as ‘Hawaa Hawaai’ in “Mr. India” and ‘Main Nagin Tu Sapera’ in “Naagina”.

She was known as the “Masterji” in the Film Industsy. Her songs had greater collaborations with Sridevi and Madhuri Dixit.

Saroj Khan was the first recipient of the Filmfare Best Choreography Award. The award was specially constituted after watching the excellent choreography and audience response to Khan’s song “Ek Do Teen” from Tezaab. She went on to win this award 8 times.

Saroj Khan is survived by her husband, son and two daughters.