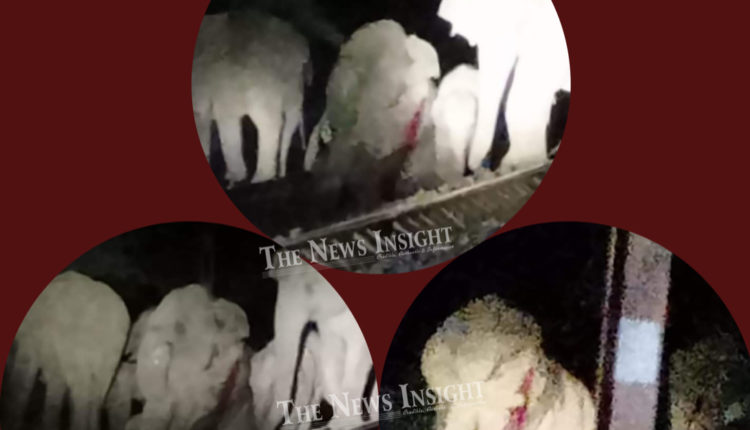 Insight Bureau: In a very unfortunate development, 3 elephants including a baby died after being hit by a Goods Train near Behera Hutting under Joda police station limits of Keonjhar district.

The incident occurred last night when the elephant herd of 19 were crossing the railway tracks. They were hit by a freight train.

While calf that had sustained injuries had died last night, 2 more injured elephants (a female & a baby) succumbed to their injuries later this morning.