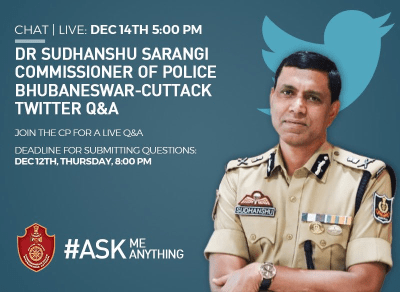 Twin City Police Commissioner Dr. Sudhanshu Sarangi has been receiving appreciation from public as a people-friendly cop who believes in action. However, his growing popularity lands him in trouble.

He has earned more enemies with his latest crackdown against the BJD workers for traffic violations at a rally and the #AskYourCP programme on Social Media. It’s evident from the criticism he received over his initiative to appoint Lady SPOs to fight eve-teasing.

If we believe the reports, there is a growing demand in the ruling party to shunt him. It won’t be a positive step by #MoSarkar if it happens.