100-Word Edit: Pressure on Odisha to reduce VAT ahead of Panchayat Polls 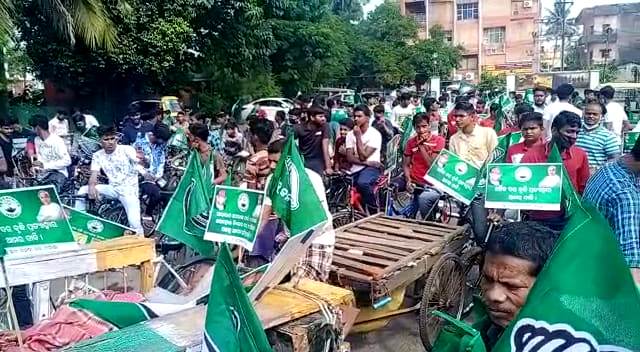 Petrol has become cheaper by Rs 6.15 & Diesel by Rs 12.88 per litre in Odisha after Centre’s Excise Duty Cut on fuel. However, Odisha Government has no role to play in it.

Although Centre remains the major beneficiary from fuel price hike and States always show reluctance to go for a VAT cut, the BJP-ruled States reduced the VAT on fuel, putting pressure on others.

The ruling BJD in Odisha has been holding massive protests over fuel price hike. They will be under tremendous pressure now to reduce the VAT ahead of the upcoming panchayat polls in early 2022.