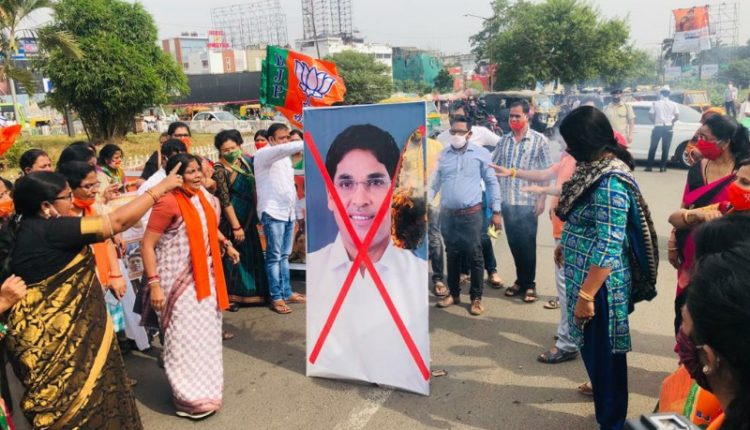 A day after BJP Mahila Morcha held protests in Bhubaneswar seeking resignation of Minister Arun Sahoo in Pari kidnap and murder case, the party has decided to go aggressive on this matter.

BJP has sent a strong message to the ruling party that they won’t show any leniency when it comes to crime against women and kids, with its decision to launch a massive state-wide protest over this case.

While Odisha Govt has handed over the case to Crime Branch, BJP has sought a CBI probe, resignation of Arun Sahoo and arrest of the accused and action against the cops.