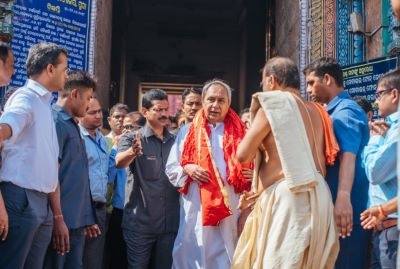 Barring a few exceptions, Odisha has been a peaceful state without any religious conflict. The ‘Hindutva’ agenda never succeeded in the State as people here mostly possess moderate views.

However, things have changed fast in the last few months with the rise of Hindu Nationalism. With nationalism added to Hindutva ideology, the acceptability of BJP among the masses is increasing, triggering panic in BJD camp.

Known for his “highly secular credentials”, Naveen Patnaik is now seen visiting temples and announcing massive development packages that hardly happened in the last 20 years. He seeks to stall BJP’s march with these moves.