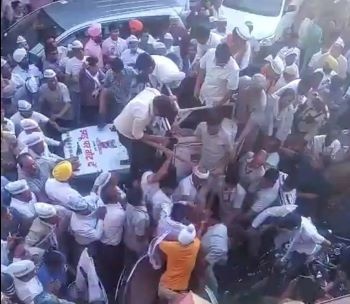 TNI Bureau: A video showing AAP workers thrashing a man at Delhi CM Arvind Kejriwal’s rally, has gone viral on the Web. People who tweeted and posted the video, claimed that the man was lynched.

AAP workers mob lynching a man in front of Kejriwal

Kejriwal just watches. Never asks his followers to stop even once.

Kejriwal is practically presiding over a mob lynching. #शाहिनबाग_का_भंडाफोड़pic.twitter.com/OqG8vtfa4C

The video was first shared way back in May 2019 during Lok Sabha elections. The AAP workers thrashed the man, who slapped Kejriwal during the road show. The man was later handed over to the Delhi Police, who detained him after preliminary treatment. The man survived the assault. 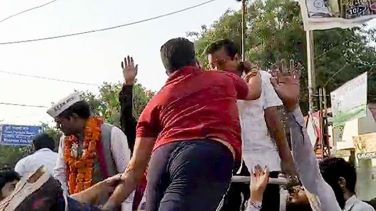 The Delhi Police had then claimed that he was a disgruntled AAP worker, while the Aam Aadmi Party put the blame on Delhi Police and BJP.

Interesting people who tweeted the video in the last few days, have taken it from the Twitter handle of Amit Raina, who tweeted it on May 8, 2019.

A man getting lynched in front of Delhi CM @ArvindKejriwal . He does not intervene. This man promises to make Delhi crime free if it becomes a full state but refuses to intervene in a crime that's happening before his own eyes pic.twitter.com/PL4bK3UP8b

Conclusion: The video was of May 2019 and had nothing to do with 2020 poll campaign. The man was thrashed for slapping Kejriwal, but not lynched (killing).