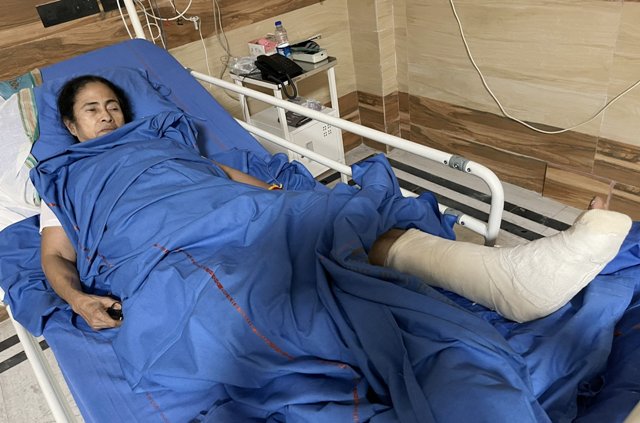 We may call it a political drama, nautanki or a failed move. We may not be convinced at all. But, do our views matter? The image & video of Mamata Banerjee from the Hospital Bed, are reaching every household in Bengal.

People in Bengal, mostly women, ask why ‘Mamata was pushed’. The photo/video are spreading like a bushfire. People seem to be upset. Any negative campaign against this, may backfire.

Mamata Baneejee knows how to use this to her advantage. She has now decided to campaign in a wheelchair. That might set the political stage in West Bengal on fire.