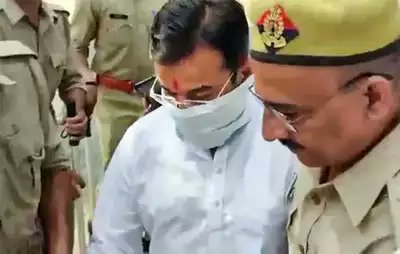 Lakhimpur Kheri Incident was a pre-planned murder, revealed the SIT of Uttar Pradesh Police. It was not just negligence, as claimed by Union MoS (Home) Ajay Misra Teni.

8 people, including 3 protesting farmers were mowed down by a SUV owned by Ashish Mishra on October 3.

“The incident was a deliberate act and not of negligence or callousness,” confirms the SIT Officer. The SIT has sought ‘attempt to murder charges’ against 13 accused.

As his son hatched the conspiracy to eliminate the poor farmers, it’s high time Ajay Misra resign from his post or get sacked by PM Modi.