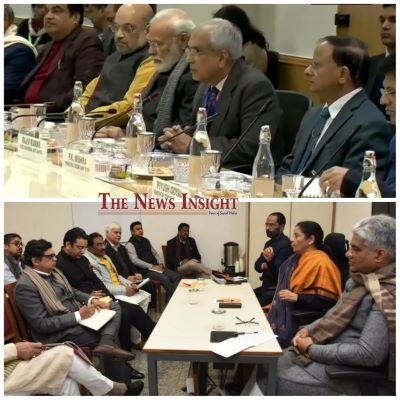 When PM Modi met top Economists today ahead of the Union Budget, he was accompanied by Ministers Amit Shah, Piyush Goyal and Nitin Gadkari. However, there was no trace of Finance Minister Nirmala Sitharaman.

At a time when the country is struggling to bring the economy back on track, Finance Minister’s absence at a crucial meet at NITI Aayog, has sent a very wrong message to the public.