100-Word Edit: Chicken Debate – Much Ado about Nothing 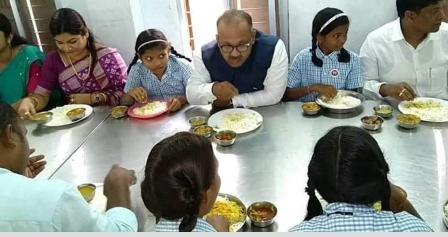 A cropped photo showing Minister Jyoti Panigrahi eating Chicken in Rayagada, was circulated by a political IT Cell. A trivial issue triggered a heated debate on social media.

The IT Cell tried their best to sell the story that Minister was given preferential treatment during MDM. But, the Eklavya Model Residential School, exclusively meant for tribal kids, has both Chicken and Paneer in its menu.

The photos revealed that not just the Minister, but some female students too took chicken, while many others opted out. So, it was neither illegal nor a sin. Eventually, it was much ado about nothing.