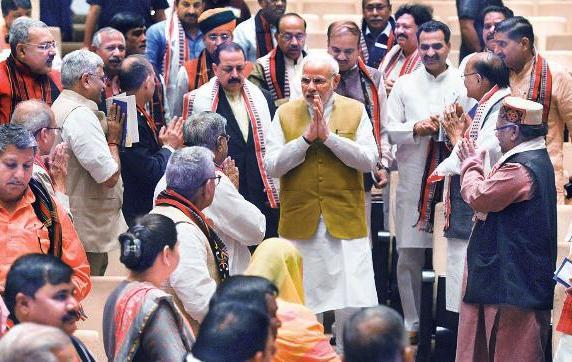 TNI Bureau: Whether Gujarat, Karnataka or Goa, BJP seems to be on a mission to gain upperhand in Rajya Sabha. The party values every single seat and that’s the reason why it’s going aggressive to induct MLAs from the rival camps, without bothering about their antecedents.

The party made its intention clear when it persuaded a rival like BJD to sacrifice one Rajya Sabha seat in Odisha last month. It’s Gujarat, Karnataka & Goa now. We may witness similar situation in Rajasthan and Madhya Pradesh soon. BJP needs a major boost in Rajya Sabha for smooth passage of several bills.

Domestic Help from Odisha molested by Journalist in Gurugram