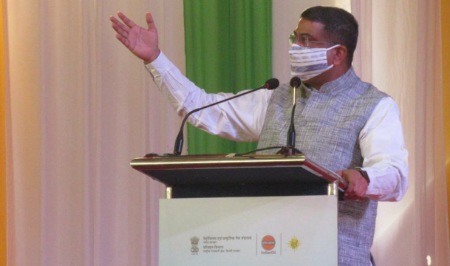 Ever since the 2019 polls that brought BJD government to power with a massive mandate while ensuring rise of Odisha BJP’s strength in Lok Sabha, Union Minister Dharmendra Pradhan has adopted a completely different posture.

Unlike other BJP leaders, Dharmendra has maintained his composure and worked in tandem with State Govt to ensure development work instead of going after it.

Dharmendra did not even take any stand on the controversies surrounding Aparajita Sarangi and Baijayant ‘Jay’Panda. He is working silently without creating any buzz. Will he shed his soft approach and adopt a tough stand during the bypoll campaign?