TNI Bureau: A group of students have urged the Chief Minister of Odisha to raise the upper age limit in competitive examinations from 32 to 42 in the larger interest of youths of the state.

They have cited the example of States such as Haryana, Assam, Goa, Telangana, Andhra Pradesh, Uttarakhand, Uttar Pradesh, Rajasthan, West Bengal, Tripura and Madhya Pradesh that have already enhanced the upper age limit in competitive examinations to 40-45.

In Odisha, the upper age limit remains 32 for general candidates. As they face stiff competition to get through in getting government jobs, enhancement of upper age limit, would come as a boon for them, it’s believed.

The students also take strong exceptions to the long gap between official notifications for same government jobs that make the candidates suffer, as they keep waiting for years to get another chance to apply and lose out in the race when the upper age limit comes into play. 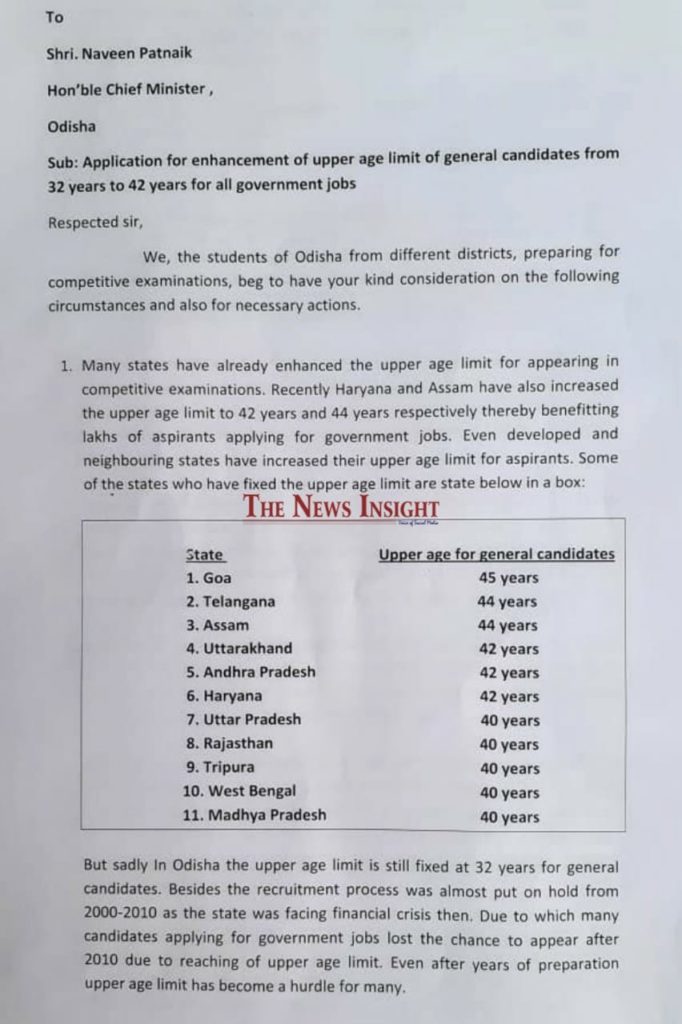 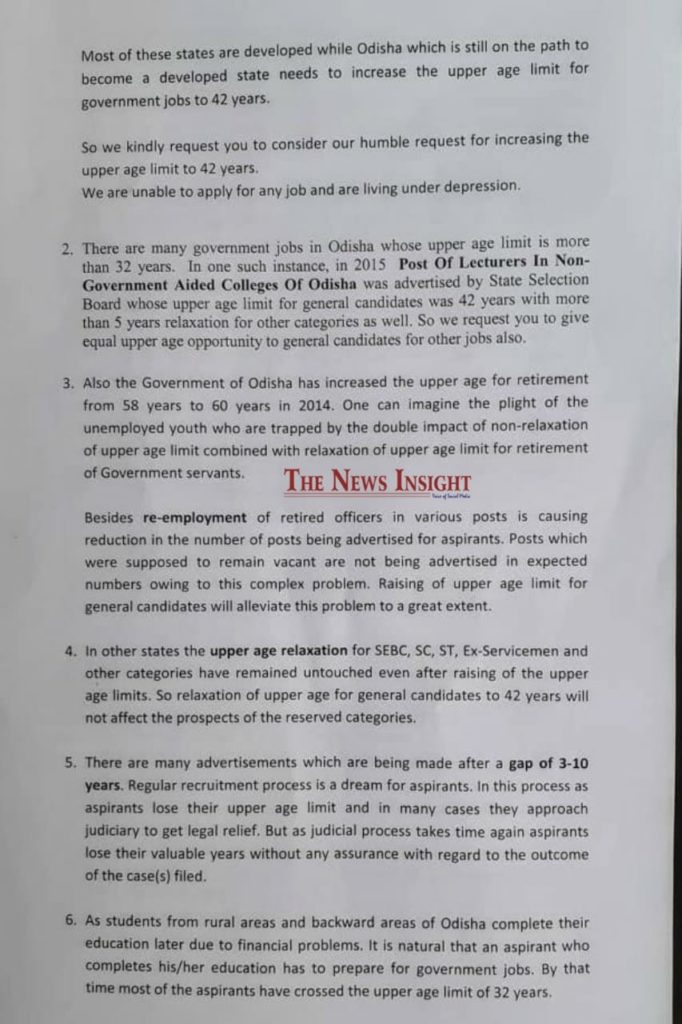 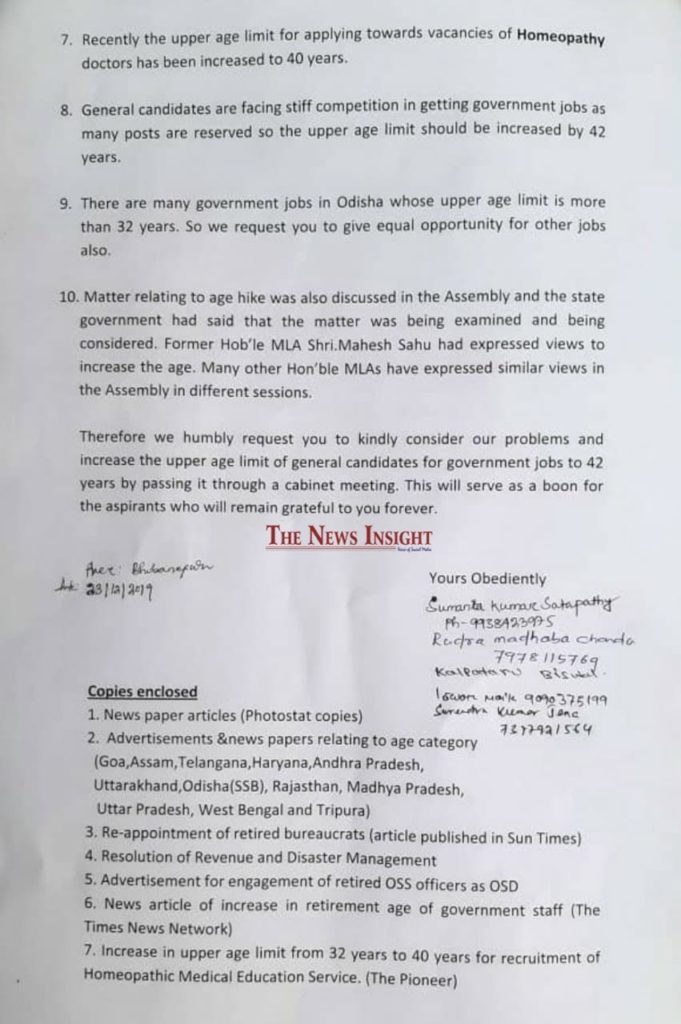