The 29-year-old has had a long and successful career, but the only thing missing from his Profile is a Paralympic gold medal. 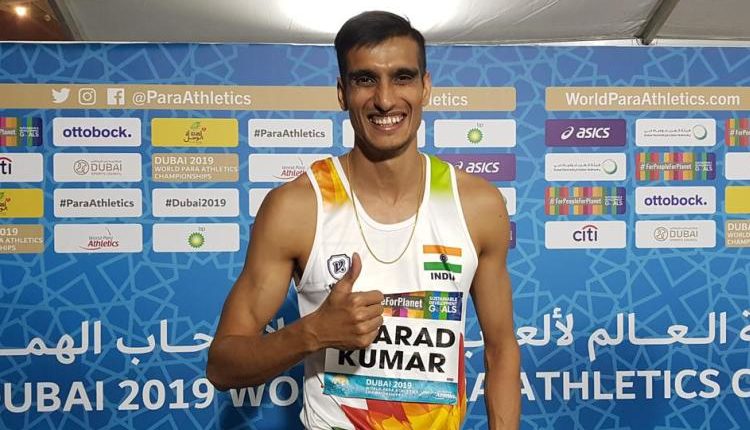 Insight Bureau:   Sharad Kumar is a gold medal contender for India in the Paralympics in Tokyo. The 29-year-old has had a long and successful career, but the only thing missing from his Profile is a Paralympic gold medal. For years, he has been working incredibly hard in order to end his excruciating wait for a podium result.

Sharad Kumar is presently the World Number One high jumper in the T42 category. At a tournament in Dubai earlier this year, he set a new season best of 1.76 metres.

Sharad Kumar won two gold medals in the Asian Para Games. In 2014, the high jumper broke the Asian Games record with a 1.80-meter jump. He beat his own record by landing a 1.90-meter jump flawlessly just four years later.

In 2017, the Indian also earned a silver medal at the World Championships with a spectacular 1.84-meter jump.

He was paralyzed in his left leg at the age of two after consuming spurious polio medication at a local eradication drive. Sharad started high jumping in Class 7 at St. Paul’s School in Darjeeling. Competing against able-bodied competitors, he broke school and district records.

Sharad Kumar receives funding from the TOPS Scheme. The Go Sports Foundation also backs him up. The high jumper, on the other hand, is a stock market investor. He claims to have been investing since the age of 17 and monitors all global markets.

Sharad made his international debut in Guangzhou in 2010 at the Asian Para Games. He qualified for the 2012 Paralympics by jumping 1.64 metres in January 2012. In the age of 19, he achieved world no. 1 with a leap of 1.75m at the Malaysian Open Para Athletics Championships in April 2012.

He competed in the 2016 Paralympics in Rio, finishing sixth with a best of 1.77m.  With a leap of 1.84m, he won Silver at the 2017 World ParaAthletics Championships. In the 2018 Para Asan Games in Jakarta, he won Gold, setting a new Game and Continental Record with a leap of 1.90m.

Sharad Kumar finished sixth at the Paralympic Games in Rio de Janeiro. He was upset by the outcome and resolved to come back strong and win a medal in the Tokyo . In 2017, the high jumper travelled to Kharkiv, Ukraine, to train with coach Nikitin Yevhen, who had previously worked for the Sports Authority of India (SAI).