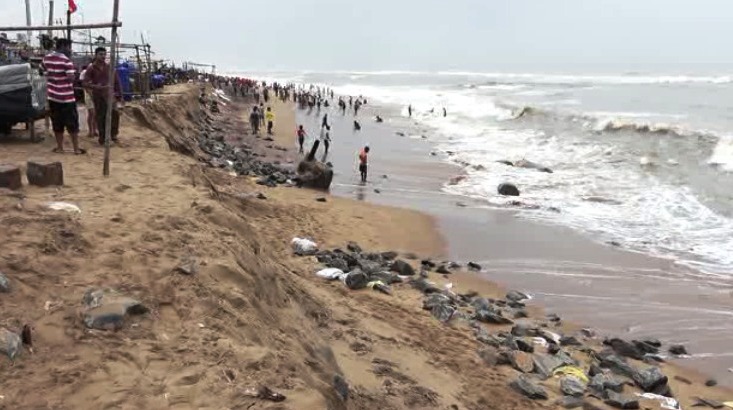 TNI Bureau: Rise in sea level may render many in coastal districts in Odisha homeless by 2050, research suggests.

According to a research by New Jersey-based science organisation Climate Central, by 2050, 36 million Indians could lose their homes and livelihoods to flooding caused by rising sea levels.

The impact of flooding is likely to be concentrated in Mumbai, Kolkata, Odisha, coastal Gujarat, as well as Chennai and Kochi.

The sea erosion may render lakhs of people homeless and reduce the amount of available farm land in Coastal Odisha.

According to the study, Odisha’s coastline — mainly stretches in Puri, Kendrapara, Ganjam, Jagatsinghpur, Bhadrak and Balasore districts will be highly vulnerable to sea erosion.

As per report, Odisha lost 153.8 kilometres (28%) of its 485-km-long coastline between 1999 and 2016 to sea water ingression. As a result more people have become landless labourers or have migrated to other cities in search of work.