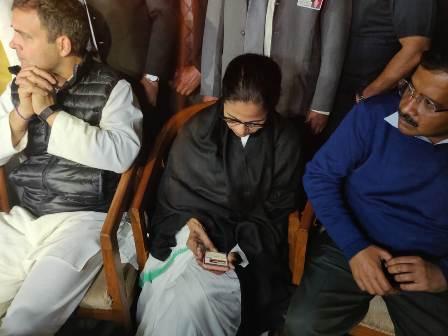 TNI Bureau: Hours after Opposition leaders went in a huddle and declare their intention to fight unitedly to stop BJP and Narendra Modi, questions were raised on their move. There weren’t many takers when Mamata Banerjee said, she would continue to fight the Congress and Left in Bengal, but will join hands with them at the national level.

He tweeted, “The country is not keen about who is with whom, but who has an alternative model. Political alliance is not the priority before the nation than rebuilding it.Politicians’ priority is not nation’s priority.”

And, for sure, many would agree with him here.