Lack of Unity sighted in Odisha BJP yet again.

TNI Bureau: Not many understood when Union Minister Pratap Sarangi announced on Twitter that he would onduct an aerial survey in Balasore and Bhadrak districts along with BJP’s National Vice President Baijayant ‘Jay’ Panda. People thought it was just a routine affair. But, there is something than meets the eye.

It all started when Union Minister Dharmendra Pradhan accompanied PM Modi to West Bengal while they conducted aerial survey together. Pratap Sarangi was not in the picture. But, he had nothing to worry about. It’s Jay Panda who is known for having a soured relationship with Dharmendra, offered his chopper. Jay took Sarangi to the Cyclone affected areas, landed at ITR Chandipur, dropped the Minister and flew back to Bhubaneswar.

Everyone will agree that Pratap Sarangi being the Balasore MP had every right to accompany the PM and conduct an aerial survey of his areas. But, as he failed to get opportunity, he probably grabbed Jay Panda’s offer to send a clear message.

I along with Shri @PandaJay ji will undertake a helicopter journey for aerial survey of #CycloneYass hit Bhadrak and Balasore districts.
The journey will begin at 2:00 hrs and after survey, we will come back to ITR, Chandipur at 03:00 hrs. 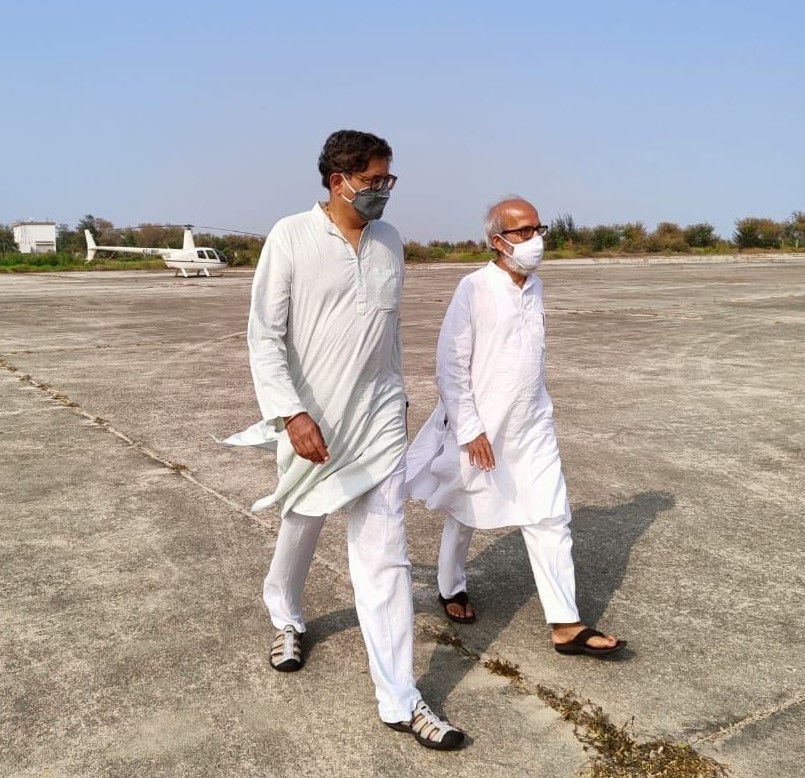 On a day when Naveen Patnaik prevailed and impressed everyone with his decision not to seek funds from the Centre (saying it would be a burden during the Corona Pandemic) and request for long term solutions to fight the frequent menace of Cyclones, Odisha BJP yet again showed that they are a divided house.

The Odisha BJP leaders have failed to rise the occasion and show unity even during the crisis hours. However, PM Modi did show his love and generosity by announcing Rs 500 crore immediate assistance for Odisha even though the State Government did not seek any funds.

The bonhomie between Narendra Modi and Naveen Patnaik continues while the BJP leaders in Odisha are busy fighting for the Numero Uno spot in the quest of an elusive power.