Next Gen Realme 10 to be launched on November 9; Know Features

According to Realme, the next-generation Realme 10 series will go on sale worldwide on November 9. Fans can witness the launch event online on YouTube and Realme's social media outlets 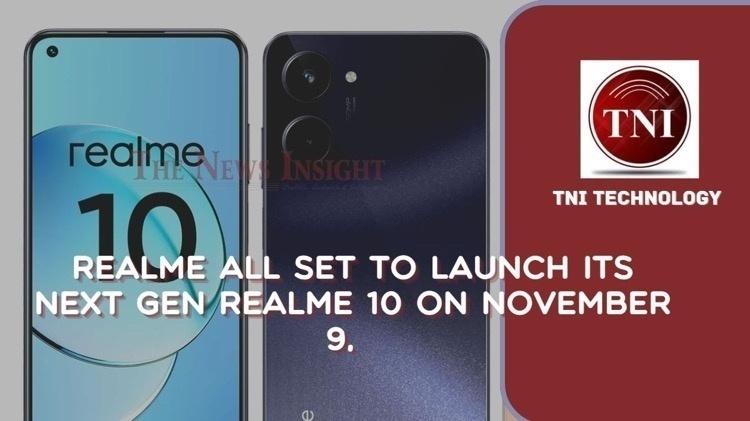 TNI Tech Bureau: According to the Chinese smartphone company the next-generation Realme 10 series will go on sale worldwide on November 9. Fans can witness the launch event online on YouTube and Realme’s social media outlets starting at 7:30 PM IST.

The company has not yet specified how many phones will be available under the Realme 10 lineup, but rumors suggest that the company will release two models—the Realme 10 and 10 Pro+. Realme 10 will be more reasonably priced and is powered by a MediaTek Helio G99 Soc.

The company’s 10 series official teaser reveals that the smartphone will have a flat-edge design, like the iPhone 12 series. A curved screen, like those on some previous high-end Samsung phones. Will be available on the 10 Pro+ (or 10 Pro).

The rest of the official information is currently unknown. If the rumours are to be believed, the Realme 10 Pro. Which was recently seen on China’s TENAA certification site, will reportedly come equipped with a MediaTek Dimensity 1080 SoC. Coupled with a 6GB of RAM, and 128GB of storage. Customers will also have the choice of 128GB of storage and 8GB of RAM.

A 4890mAh battery with 65W fast charging capabilities is said to be included in the smartphone. Similar to the Realme 9 Pro+ from a year ago, the next Realme 10 Pro+ is anticipated to include an OIS-enabled main back camera.

The company’s 10 series, on the other hand, will feature a latest MediaTek Helio G99 Soc They were supposed to include another chipset, according to an old source. Other rumored features include 120Hz LCD instead of an AMOLED panel and 33W quick charging. There remains a lack of clarity around pricing, but shortly further specifics are anticipated.

Did You Know – Snap Deal Village in Uttar Pradesh?