It was Federer's final game on the court. 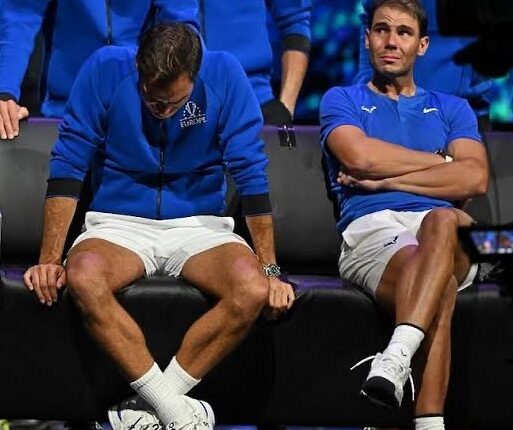 TNI Bureau: In the history of the sports, this moment was the greatest yet the hardest of all time when we saw Rafael Nadal weeping for his mate Roger Federer. It was Federer’s final game on the court.

Nadal and Federer share a strong bonding, inside or outside of the court. The two Tennis legend have often seen facing off. Both tennis legends stood together on the same side of the net as they were defeated 4-6, 7-6 (2), and 11-9 by Team World’s Jack Sock and Frances Tiafoe.

As the final match came to an end, Federer walked outside with tears flowing, the vision of Nadal crying alongside him made each and every Tennis fans as well as the co players cry their heart out.

How are we getting over this? @rogerfederer | @RafaelNadal | #RForever pic.twitter.com/cpOfSznp4X

It was such an emotional and incredible moment for the legendary duo, who have given their fans some unforgettable moments in the past two decades.

Federer first met Nadal ATP Masters 1000 event in Miami in 2004 and the rest is history. The pair then went to face each other another 39 times, making 40 encounters in total.

With Federer’s last match today, an era of legendary tennis ended. The legend has stormed the world with his exceptional brilliance in tennis.

His strategies will no longer be seen in the court but his deeds will forever stay fresh.