Mission Bengal: Amit Shah gets an MP and 11 MLAs

The MLAs are from TMC, Congress, CPI, CPI(M). 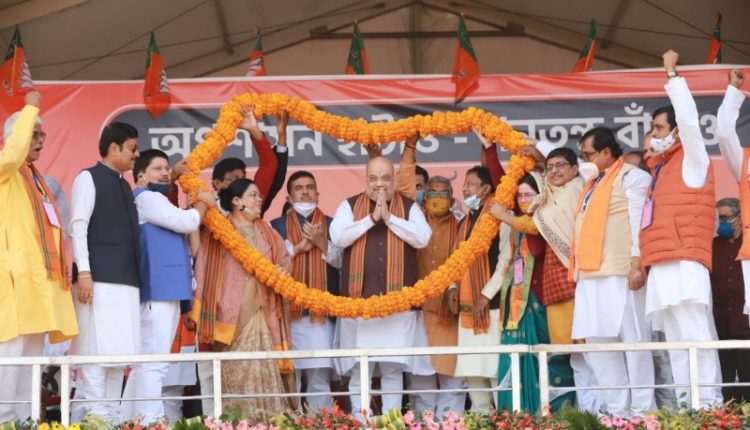 TNI Bureau: Union Home Minister Amit Shah has taken West Bengal by storm on the first day of his two-day-long tour to the State. Shah got 11 MLAs from Trinamool Congress, CPI, CPI(M) and Congress including the prize catch of political stalwart Suvendu Adhikari.

Buoyed by BJP’s rise in West Bengal, Amit Shah lambasted Mamata Banerjee led TMC Government and expressed confidence that BJP would form the next government in the State with 200+ seats.

“The Tsunami I can see in Bengal today, is something that Mamata Banerjee would not have thought, would happen. By the time the elections come, the entire scene in Bengal would change. Didi would be left alone,” roared Amit Shah, accusing TMC of indulging in hooliganism and goondaism instead of serving the people.

Earlier, Amit Shah paid floral tributes to Freedom Fighter Khudiram Bose who sacrificed his life at a young age during India’s freedom struggle. He also met the descendants of Bose.

He also took blessings at the Siddheshwari Mata Temple in Midnapore. Shah had lunch at Jhunu Singh and Sanatan Singh’s homes in Belijuri village in Midnapore district of West Bengal. 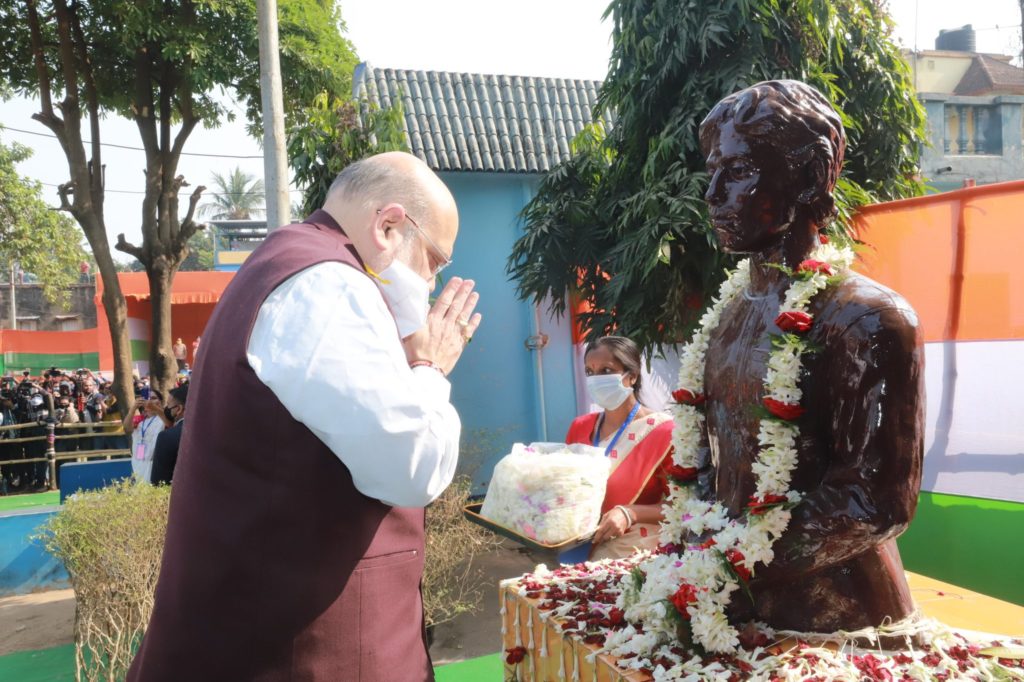 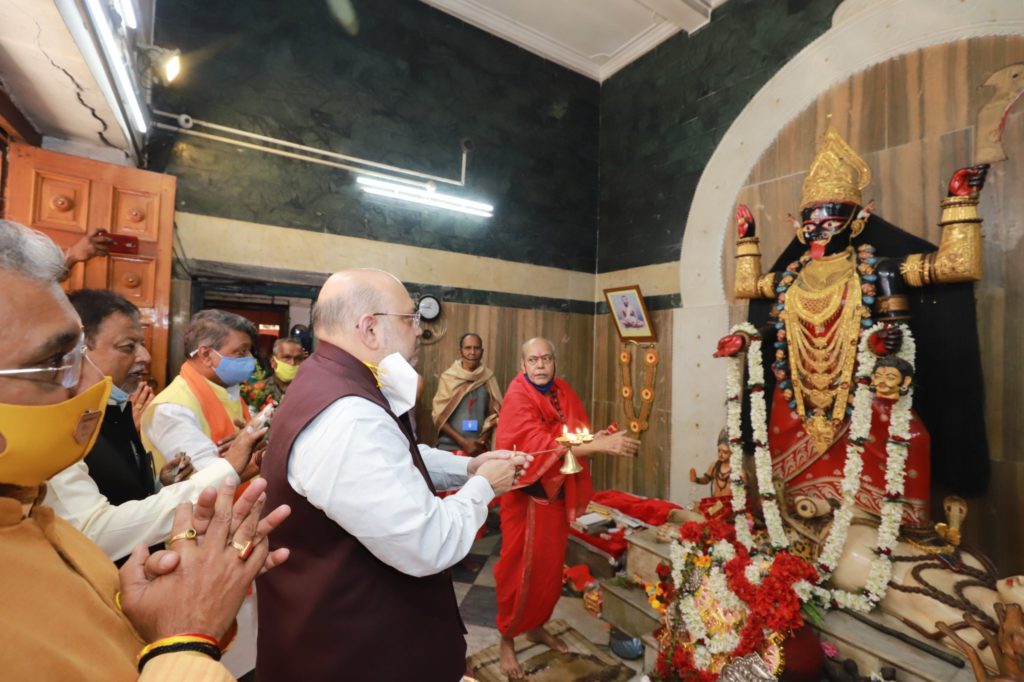 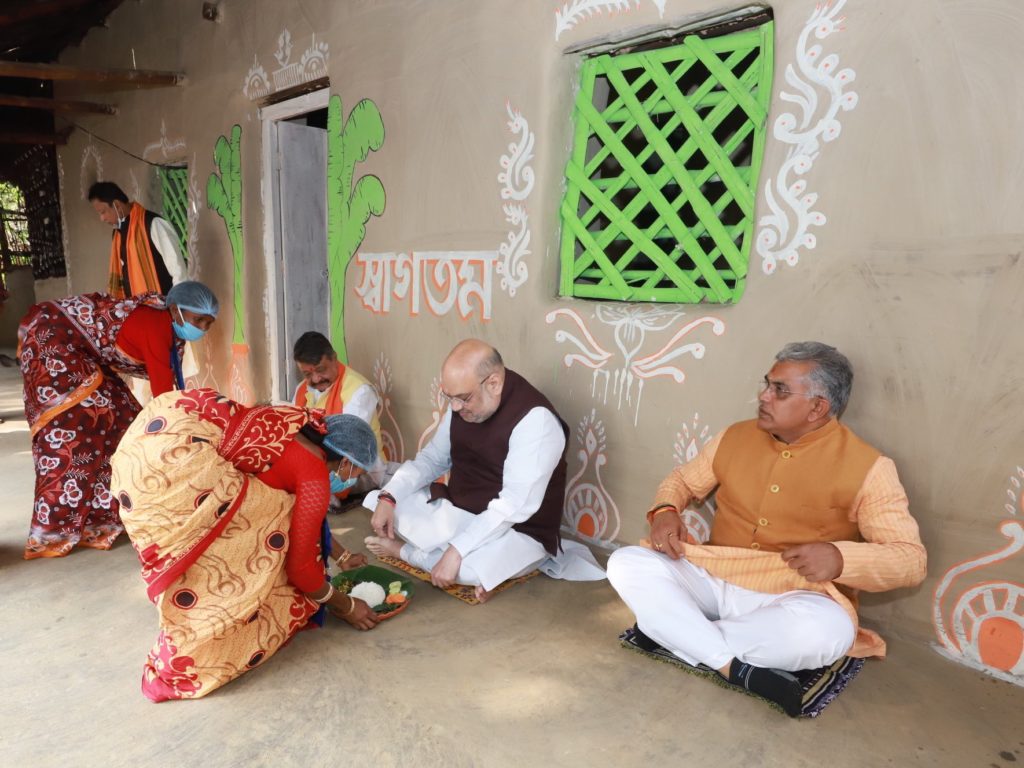 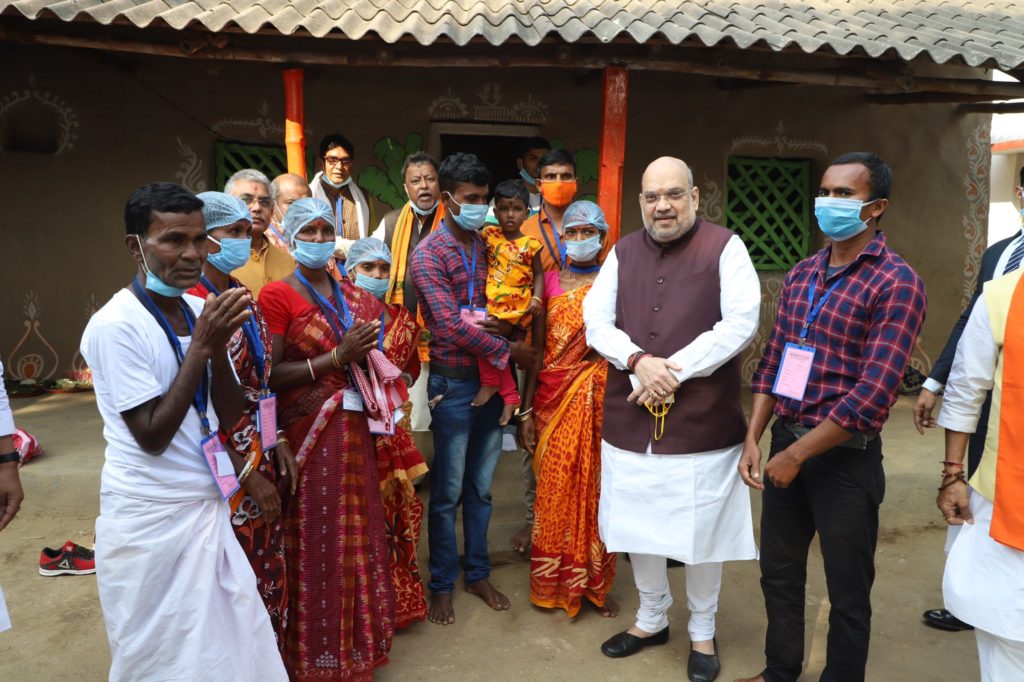 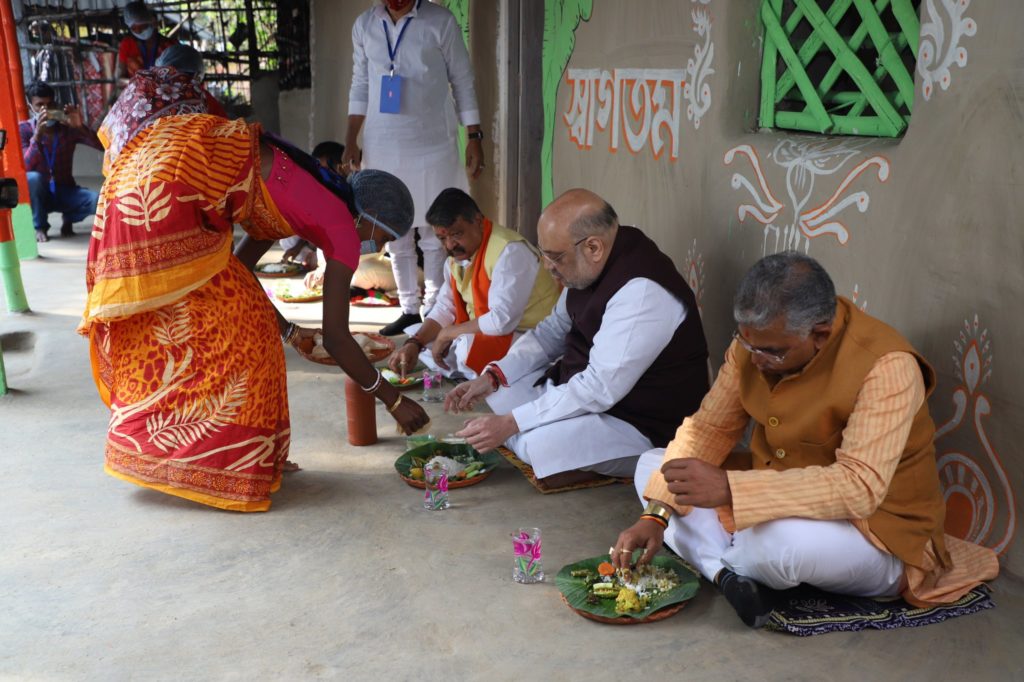 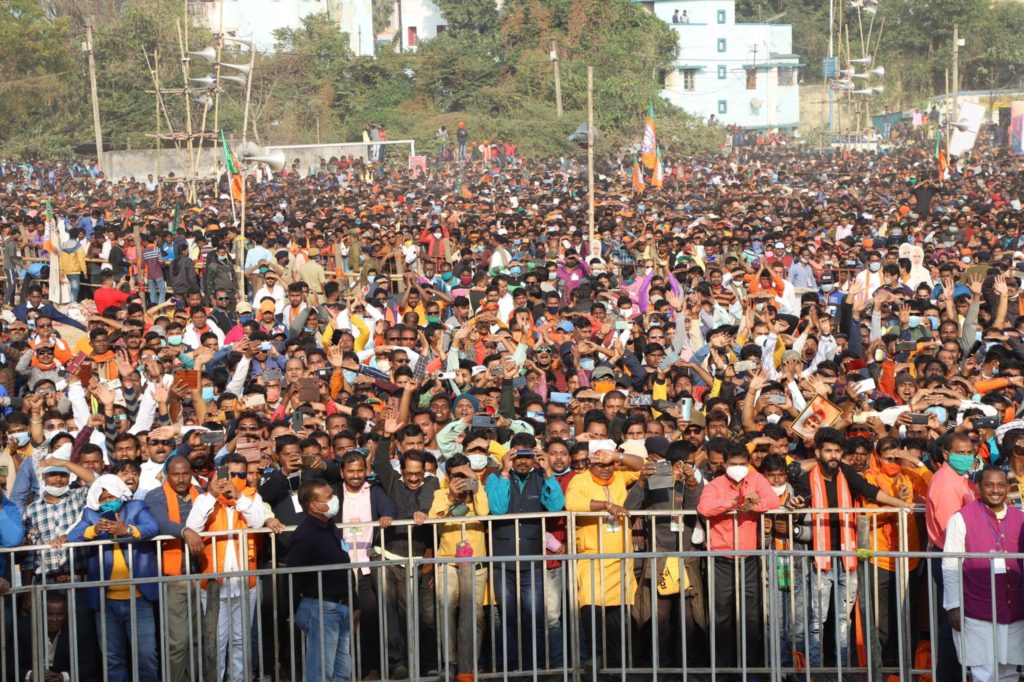 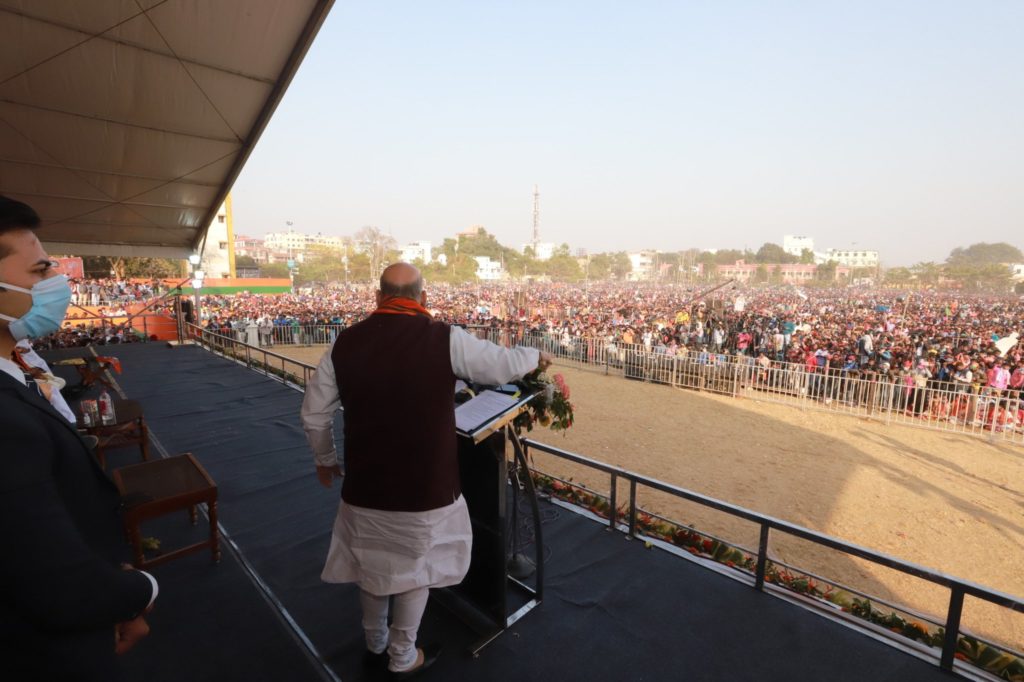 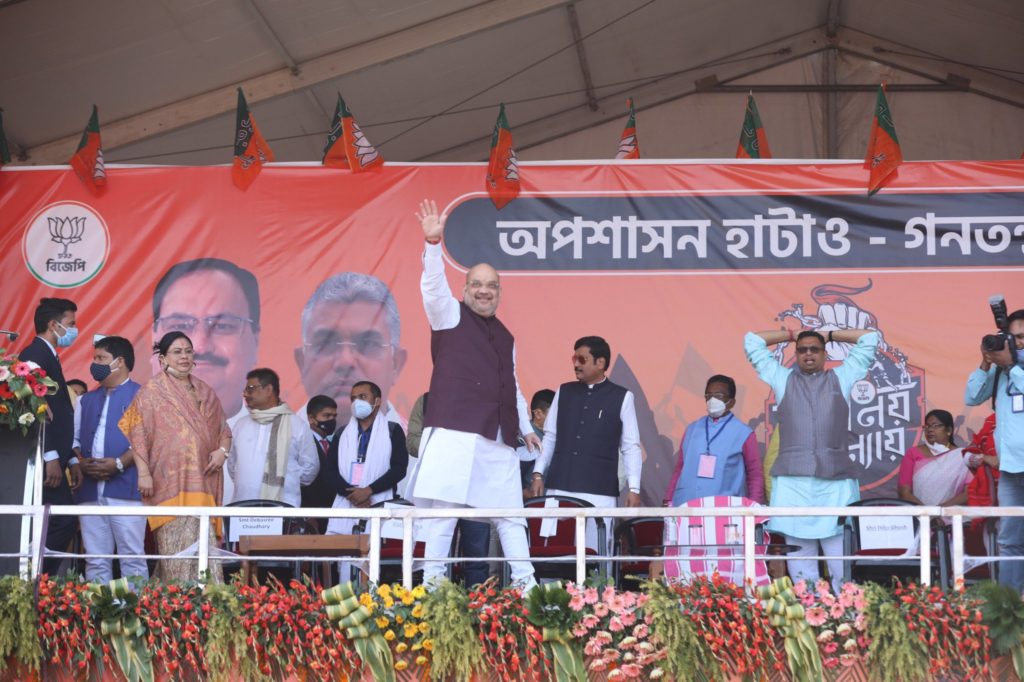