He qualified for the Paralympic Games in Tokyo and will compete for India in the 2020 Summer Paralympics Shooting Paralympics. 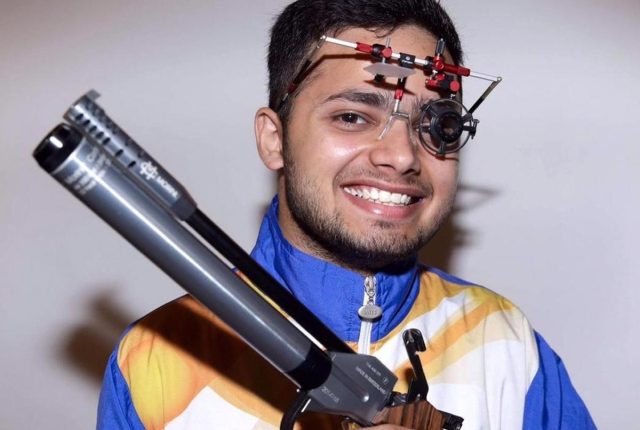 Insight Bureau:  Shooter Manish Narwal qualified for the Paralympic Games in Tokyo and will represent India at the Shooting of the 2020 Summer Paralympics.

According to the World Shooting Para Sport Rankings, he is ranked fourth in the world in Men’s 10m Air Pistol SH1.

As the Al Ain 2021 World Shooting PAccording to the World Shooting Para Sport Rankings, he is ranked fourth in the world in Men’s 10m Air Pistol SH1.ara Sport World Cup came to a close, Manish Narwal stole the show by setting a new world record on his route to gold. Narwal, a bronze medalist at the 2019 World Championships in Sydney, won the P4 (mixed 50m pistol SH1) event over a strong field that featured Paralympic and world champions Sareh Javanmardi of Iran and Oleksii Denysiuk of Ukraine. The Indian finished with 229.1 points, breaking the previous world record of Rastko Jokic (228.6) from Serbia, which he established in 2019.

In national and international competitions, he won numerous medals, including gold, silver, and bronze.
Manish won The Arjuna Award, which is formally known as the Arjuna Awards for Outstanding Performance in Shooting Sports, in the year 2020. The Arjuna Award was the Republic of India’s highest sporting honour. The Ministry of Youth Affairs and Sports gives it out once a year.

The Incredible Journey of Shaili Singh