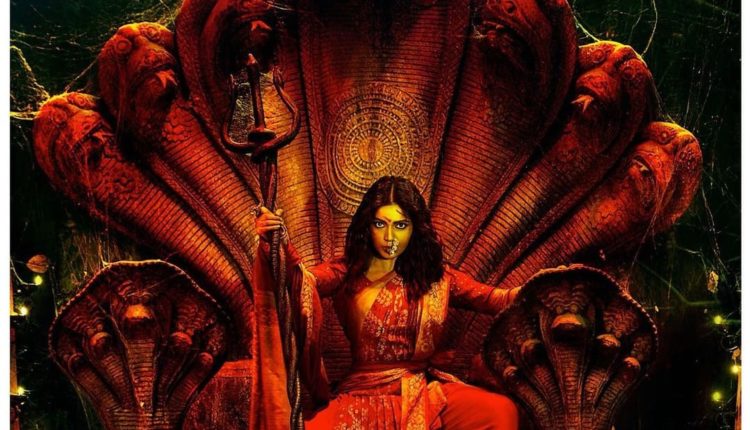 Bollywood’s one of the boldest and different actresses, Bhumi Pednekar is back again with a superb performance in her new movie ‘Durgamati The Myth’ alongside Arshad Warsi and Mahie Gill. Since her debut in Bollywood, Bhumi is known for her out of the box and show-stealing performances. The Durgamati trailer has been rolled today and has been getting continuous love from fans.

Durgamati is a horror-thriller directed by G. Ashok and produced by Bhushan Kumar, Akshay Kumar, Vikram Malhotra, and Krishan Kumar. The movie is set to release worldwide on Dec 11 this year. Amid the Pandemic situation, the movie will stream on the OTT platform Amazon Prime Video all over the world.

The trailer itself displays amazing performances of the Cast. In brief, the story revolves around Bhumi Pednekar who is playing a role of a Suspended Government Officer who goes into haunted Durgamati mention for an investigation after being recruited by CBI Officer Nidhi Verma played by Mahie Gill. During her Investigation, Bhumi’s character gets possessed by a ghost seeking revenge.

Actor Arshad Warsi is also seen playing a negative role of a Corrupt politician. The trailer undoubtedly is very well presented and is a proper mix of horror, thrill, suspense, and drama.

Though the film Durgamati is a remake of a Telugu film Bhaagamathie, the Actors and Directors have tried to add freshness to the movie. And the fans also have accepted it in the same spirit. Within a few hours of release, the trailer reserved its place on the trending list on YouTube. The spirit of fans is no less on Social Media too, as it was hailed on Twitter with various different trends.

However, some people on social media are disappointed because the movie is a remake. Along with love from the fans, the movie also drew some trolling for the actress and the makers on Twitter.

But the actors seemed unaffected by the trollling and are focussing more on the positive side. Bhumi Pednekar and Akshay Kumar also took to their social media profiles to share the trailer with their fans.

After this mixed reaction from the fans on the Durgamati Trailer, it would now be very interesting to see the fate of the movie next month.