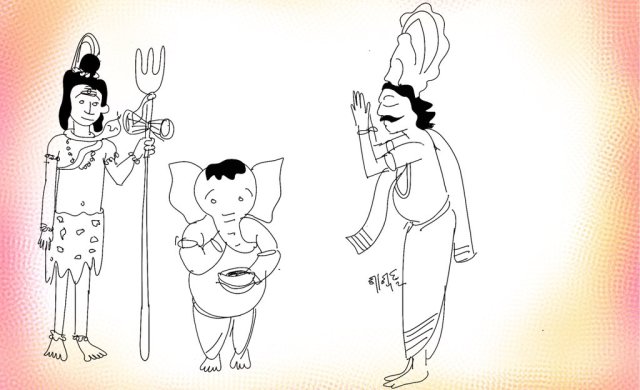 TNI Bureau:  An IT Professional with a leading company, Saswat puruses his passion in digital art. He draws digitial sketches of eminent personalities. Some of his sketches included one of Naveen Patnaik for which he received appreciation from the CM himself.

Saswat, inspired by the idea of leading Researcher Ashish Sarangi, has initiated a new digital sketch thread on Twitter – Storytelling named as #MoralCartoonStories .

The first one is based on the story of Lord Ganesha and Kubera. The duo will come up with several more such stories in future.

At the conclusion part, they have given the moral of the story – “Do not be proud of what you possess. Instead, concentrate on how you can make use of your possession for good things”.

Kubera, God of Wealth, was quite proud of the fact that he was the richest God.#MoralCartoonStories #Ganesha #Kubera #GaneshaSeries

Raghunandan Library is Safe; to get a Modern Look