BBSR-Junagarh Express may trigger rift between Western and South Odisha! 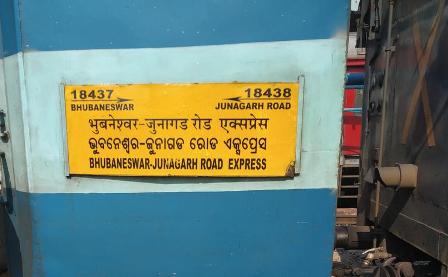 TNI Bureau: 3 days after Union P&NG and Steel Minister Dharmendra Pradhan wrote a letter to Railway Minister Piyush Goyal, seeking change in route of Bhubaneswar-Junagarh Road Express in the larger interest of people in Western Odisha, Koraput MP Saptagiri Ulaka has written to both the Ministers, urging them not to ignore the interest of people in South Odisha and instead get a new train for Western part of the State.

Saptagiri wrote to Dharmendra, saying his request to change the route of Junagarh-Bhubaneswar (18437-18438) Express via Titlgarh, Sambalpur, Cuttack, Kalahandi and Bargarh instead of Rayagada, is not in the larger interest of people in South Odisha, especially Nabarangpur district and Kandhamal (bordering areas with Rayagada) who are availing the medical facilities in Berhampur, using this train services.

“We have been fighting for an additional Day Time Train to connect Koraput to Bhubaneswar via Rayagada due to the huge demand from the people. The demand for running a train from Junagarh via Titlagarh, Sambalpur etc. could be genuine and we should request Railways to provide a new train in the above route if existing trains don’t suffice the requirements, rather than changing the route of Junagarh Link Express,” he wrote.

Saptagiri has also written a separate letter to Union Railway Minister Piyush Goyal, requesting him to maintain the status quo on existing train services and approve an additional Day Time Train from Koraput to Bhubaneswar via Rayagada.

Earlier, Dharmendra Pradhan had written a letter to Piyush Goyal, quoting another letter from Kesinga Citizen’s Forum, requesting him to reconsider changing the route of Bhubaneswar-Junagarh Link Express so that it can connect the entire part of Western Odisha. While people in Western Odisha have welcomed the move, it has not gone down well with people in South Odisha, as evident in their tweets. 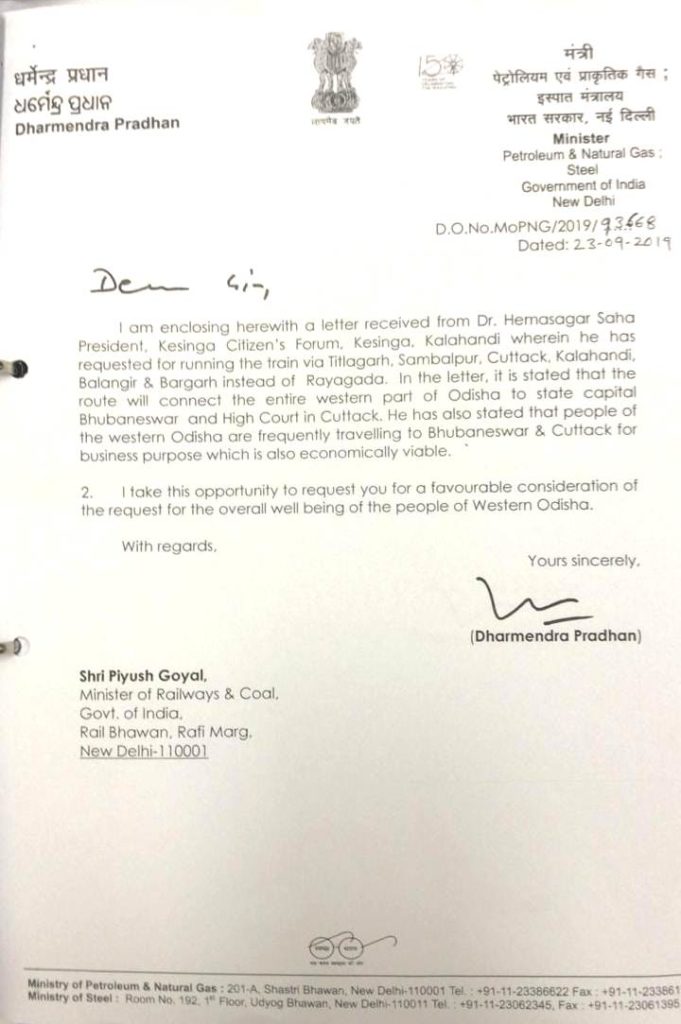 The issue may snowball into a big controversy, as many organisations and intellectuals in South Odisha are planning agitations on this matter.

Dear @dpradhanbjp ji, request for changing the route of Junagarh – Bhubaneswar train via Titlagarh, Sambalpur instead of Rayagada is not in the larger interests of people availing current services. We should try and get a new Train in the above route if required. Kindly consider pic.twitter.com/h76BX4RxY3

Dear @PiyushGoyal ji, would humbly request you to kindly maintain status quo on existing train services and approve an additional Day Time Train from Koraput to Bhubaneswar via Rayagada. Based on the demands of people this will be economically viable and address needs of tribals. pic.twitter.com/VIPYT5VYUT

He sought personal intervention of both the Union Ministers to give justice to both the regions. 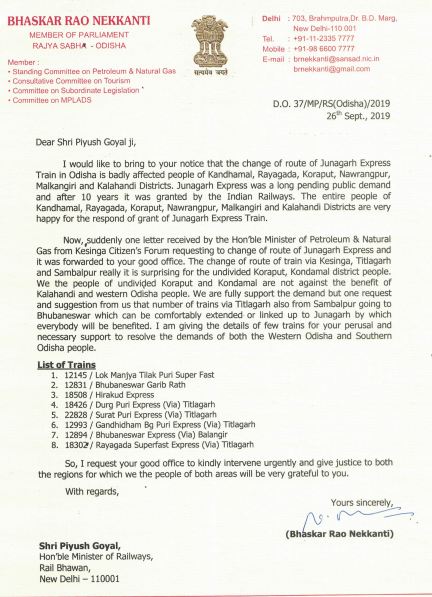 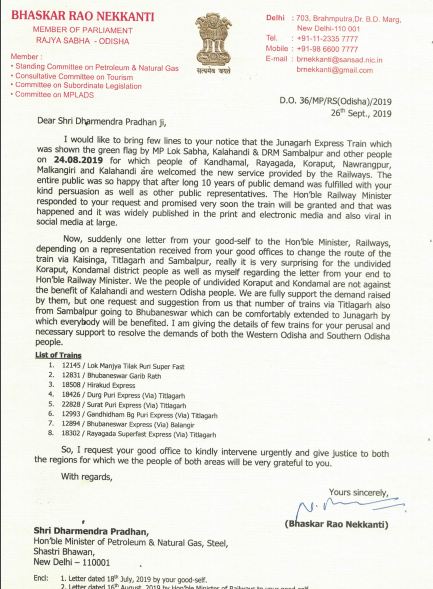