100-Word Edit: No ‘Bharat Ratna’ for Major Dhyan Chand Yet 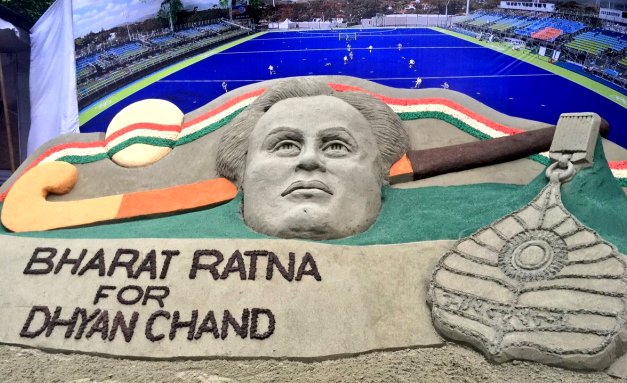 When rules were amended and Tendulkar was preferred over Hockey Wizard Dhyan Chand by then UPA Govt for political reasons, eyebrows were raised. It was expected that Narendra Modi Government will undo the historic blunder and bestow ‘Bharat Ratna’ on the Hockey Legend. But, it did not happen. In

‘Bharat Ratna’ continues to elude Major Dhyan Chand as if he does not deserve it. Congress insulted the legend, and BJP is doing no better by ignoring him. And, there is hardly any hope left now. Dhyan Chand, who brought laurels to the country, was forgotten when it came to ‘Bharat Ratna’.

Whether Congress or BJP, both ignored Hockey Wizard Major #DhyanChand . I have been writing since 2014 with a hope; will continue to do so.

Still unable to believe that Dhyan Chand does not deserve #BharatRatna .

Paying rich tributes to the Legend on his Birth Anniversary. pic.twitter.com/x6ZT0bw8gv