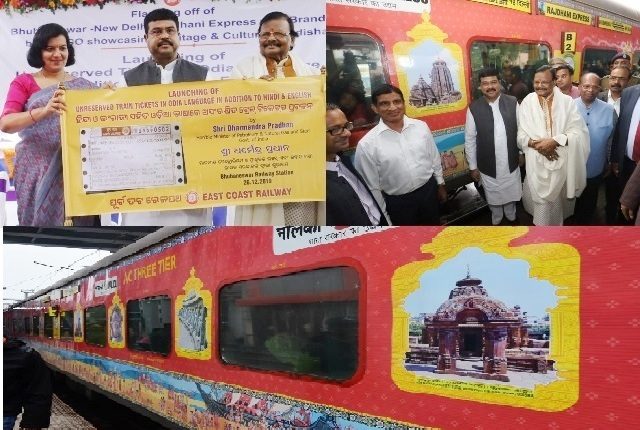 We may criticize the Modi Government on various issues, but none can deny the fact that Odisha has received maximum attention from Modi Government when it comes to Culture and Tourism.

As we know Odisha has received highest-ever railway budgetary allocations in Modi Era. The Railways now showcases Odia culture/heritage on Bhubaneswar-New Delhi Rajdhani Express with the support of NALCO.

Another important step taken by the Railways is to issue unreserved tickets in Odia language in addition to English and Hindi. Union Minister Dharmendra Pradhan continues to play a major role in promoting Odia culture and tourism at national level.

Ready to take up arms to protect Women: Pradeep Majhi