The country has a rich history of legendary dancers who depict their own individualities through different forms of dance. 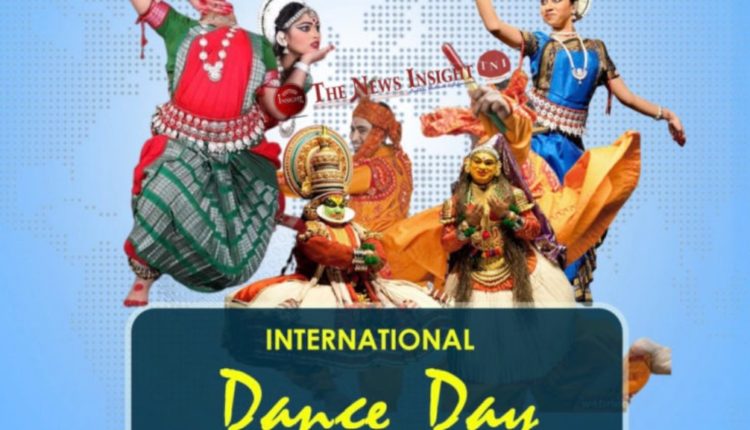 Insight Bureau: The land of culture, heritage and royalty is also the land of gorgeous dance forms as the countrymen celebrate each and every day grooving to its tune. The country has a rich history of legendary dancers who depict their own individualities through different forms of dance.

Be it that tapori dance when you win your gully cricket, or the baraati dance when your body and soul move like crazy, dance is that witch that bounds everyone in a spell. On the eve of International Dance Day, let us talk about Ten top dance forms in India and their significance.

Bharatnatyam is originated from the Indian state, Tamil Nadu. This dance form considered as the mother of all dances. It is one of the popular and top dance forms in India. Bharatnatyam is performed with religious themes of Vaishnavism, Shaivism, and Shaktism. In this dance form, various gestures and sign languages are used based on hands, eyes, and face.

Kathak is one of the beautiful Indian classical dance styles. It comes from the states Uttar Pradesh. There are two types of Kathak – Nritta and Nritya. Kathak performed through story-telling and this style called as Nritya. The Nritta style based upon elegant and slow eyebrow, neck and wrist movements.

Mohiniyattam is one of the famous dance forms in India that originated from the “State of God” Kerala. It is known as a ‘spell bounding dance’. Mohiniyattam is the most unique form of Indian classical dance in comparison to others.

Kuchipudi is also one of the top classical dances in India. It comes from the Indian state Andhra Pradesh. Kuchipudi also closely related to Bhagavata Mela’s performance of Tamil Nadu. Musical instruments like Mridangam and Tanpura are used for this dance performance.

Lavani is a combination of traditional dance and song. Its origin lies in the state of Maharashtra. The Lavani dancers perform to the beats of Dholki which is a percussion instrument. This dance form is known for its powerful rhythm.

Bhangra is a famous Punjabi dance form. This dance form recognized all over the world and performed mainly at weddings or parties. This freestyle dance form originally associated with the spring harvest festival from Punjab.

Manipuri also called Jagoi dance, belongs to the beautiful state Manipur. This dance form particularly known for its Raslila (Radha-Krishna) themes. Also, based on religious themes like Shaivism, Shaktism, and other regional deities.

Odissi is one of the top classical dance forms of India. It comes from the Indian state, Odisha. The important elements while performing Odissi are Eye contact and facial expressions. The attire of the dance form is also quite gorgeous. Their are various difficult mudras in Odissi. Odissi is very much popular in foreign countries also.

Bihu is one of the famous Indian folk dance forms. Originated from the state Assam, people perform this dance during the Bihu festival. This festival celebrated at the beginning of Spring to mark the season.

Kathakali is one of the most difficult and eye catchy dance forms, belongs to God’s own country, Kerala. Heavy ornaments and other accessories are used in this dance. The dancer’s expression is the best thing about this dance form.

Not only these ten, but there are hundreds of other dance forms in India and they are extremely mesmerizing and brilliant. No mattere, how many dance forms the country has, its people will always unitedly dance to the same chorus.

Thousands of Loudspeakers removed from Religious Places in UP