The two part event held were composite formation and Synchrimaneuvering. 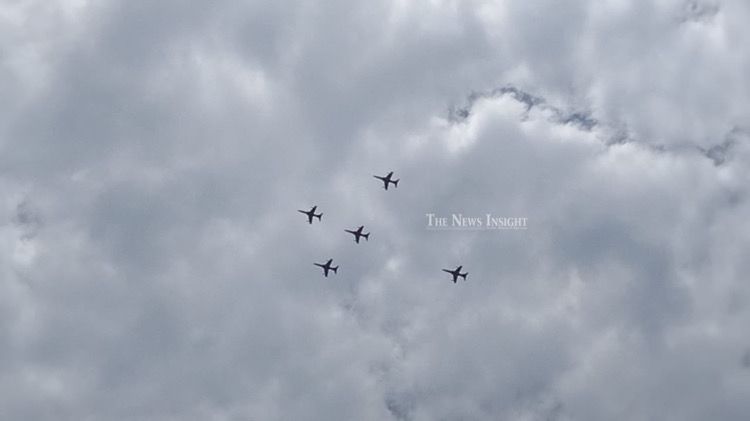 TNI Bureau: The Suryakiran Aerobatic Team of the Indian Air Force today gave treats to thousand’s eyes by roaring over the Odisha capital’s skies at the Balijatra ground.

The two part event held were composite formation and Synchrimaneuvering.

A total of nine Hawk aircrafts roared the Bhubaneswar skies with breathtaking formations and stunning maneuvers by the pilots.

State governor Ganeshi Lal attended the show. Thousands of spectators gathered at the spot to witness the thilling Suryakiran show.

Mobile Thief caught in a Moving Train in Bihar